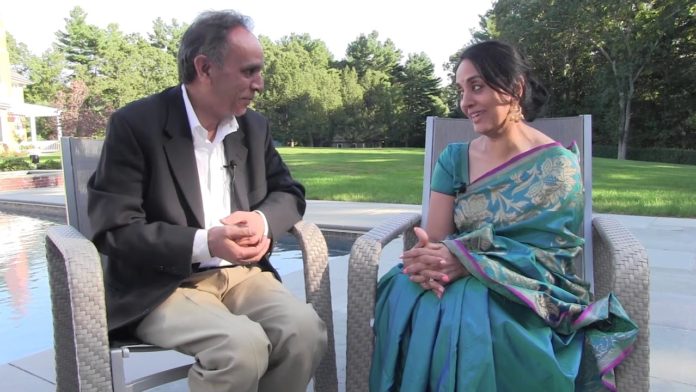 Eight leading Indian American achievers from a variety of fields and a non-profit organization will be awarded the prestigious New England Choice Awards. The annual awards gala, which is presented by the INE MultiMedia in collaboration with the INDIA New England News, will be attended by about 400 entrepreneurs, corporate executives, philanthropists, educators and community leaders.

To view a brief video interview with Palakurthi, please click here or on the image below:

“New England Choice Awards gala is a celebration of success and inspiring contributions.  On that note, we are very excited to present Anuradha Palakurthi as the star performer at the gala,” said Dr. Manju Sheth, MD, creator of NECA Awards and CEO of INE MultiMedia, a Waltham, MA-based (501c-3) non-profit organization devoted to promoting and supporting charitable organizations, art, culture, education and empowerment. “Anuradha is one of the most successful Indian American singers and her foundation has also enriched the community in many ways, including promotion of art and culture.”

Palakurthi has been recognized as the top-rated singer of Indian origin by Indian music industry legends. She has performed live with Bollywood singers like Kumar Sanu, Suresh Wadkar, Deepak Pandit and Bappi Lahiri across the United States and in India. She has recorded a duet with Hariharan for Ekal Vidyalaya – composed by Prasanna. She sings in six Indian languages and has recorded playback for South Indian films.