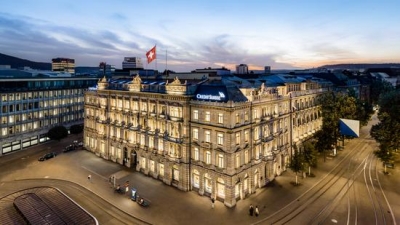 New Delhi– Around 1,400 individuals domiciled in Pakistan are linked with around 600 accounts opened in Credit Suisse, The News reported.

The data also contained information of the accounts which have been closed now but remained operational in the past.

Several politically exposed persons opened their accounts at a time when they were public office holders and they didn’t mention it in their assets declaration submitted to the Election Commission of Pakistan. One such individual received a substantial amount of funds in Credit Suisse at the prime of his political career. One of the richest accounts held at the bank by a Pakistani was also owned by a politically exposed person, the report said.

The data also contained details about some cases presently under probe in Pakistan where the investigators were fed wrong information about the assets under scrutiny. While many tend to believe that the fake accounts phenomenon is limited to Pakistani banks, it has emerged that Pakistanis have also used Credit Suisse for opening accounts in the names of their proxies in absence of proper due diligence of the bank.

A leak from a Swiss bank has unmasked the hidden fortune of its wealthy clients in 128 countries and they range from the business individuals to politically exposed persons and those investigated, at times convicted, in connection with different criminal activities. (IANS)