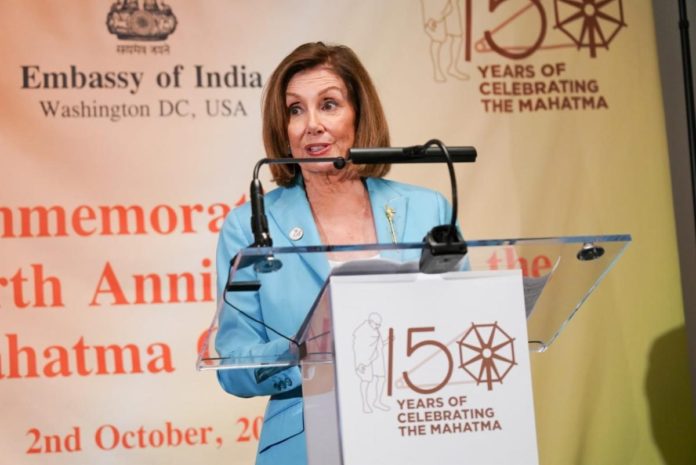 Washington, DC–As part of the celebrations to mark the 150th birth anniversary of Mahatma Gandhi, the Embassy of India on Oct. 2 organized a commemorative event at the Library of Congress.

A one-day exhibition on the life and teachings of Mahatma Gandhi was held at the Library of Congress. 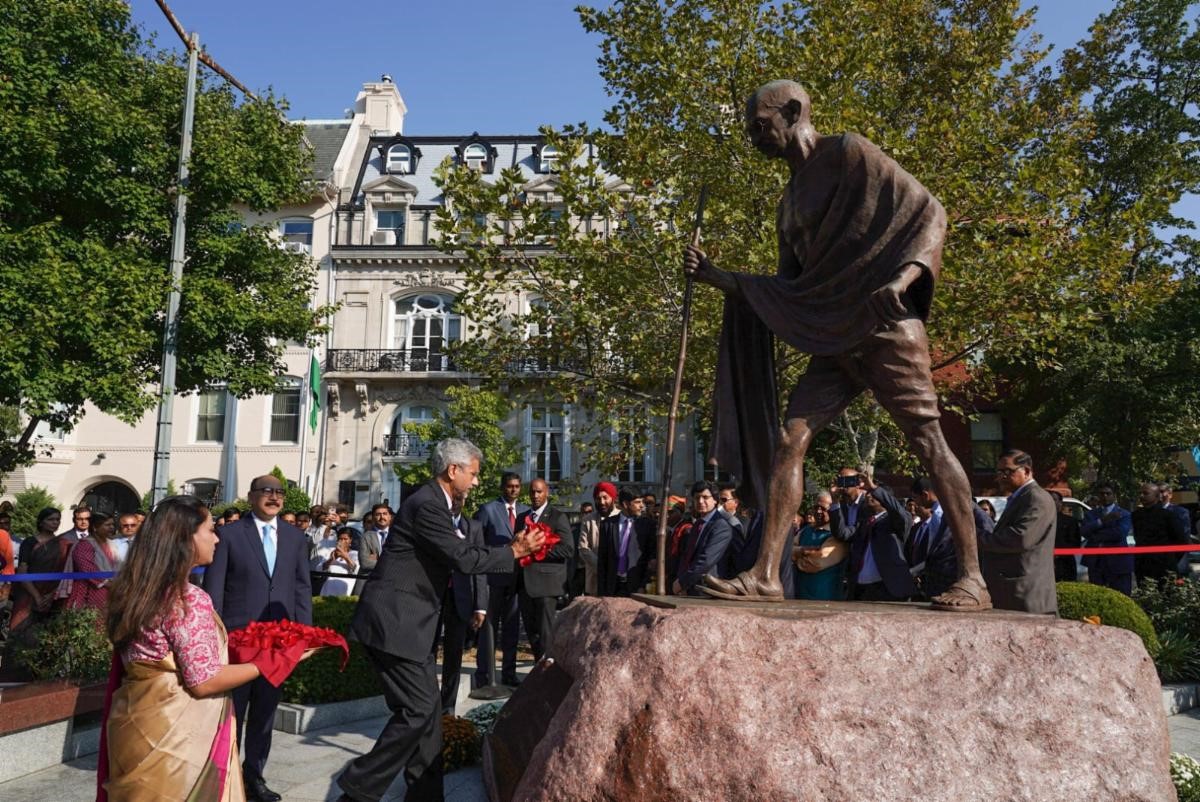 The exhibition was followed by an event where the Speaker of the House, Nancy Pelosi was the Guest of Honour. Indian External Affairs Minister S Jaishankar and Speaker Pelosi addressed the gathering.

Earlier in the day, External Affairs Minister Jaishankar offered floral tributes at the Statue of Mahatma Gandhi in front of the Embassy. He briefly interacted with members of the Indian community at the event. 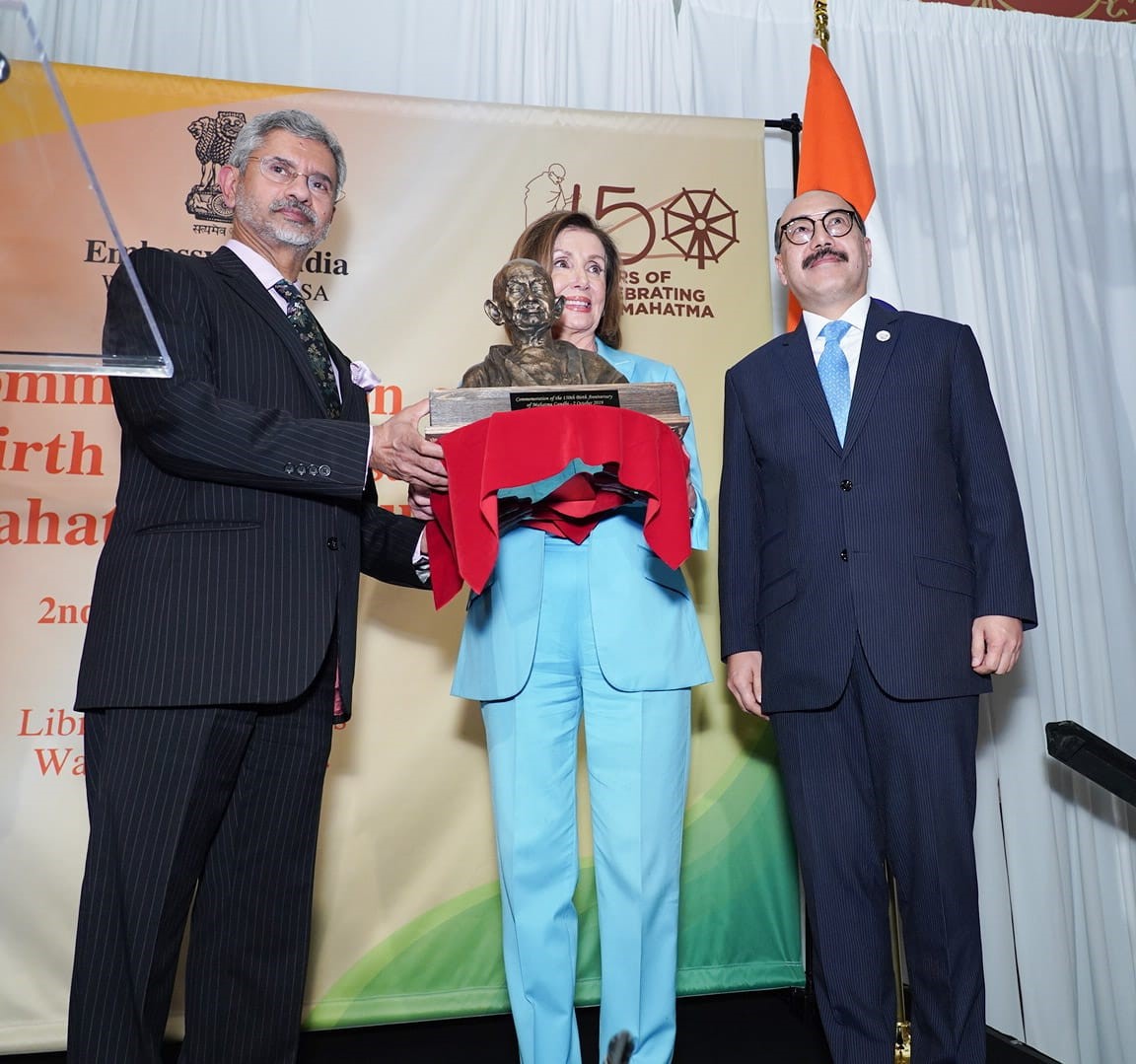