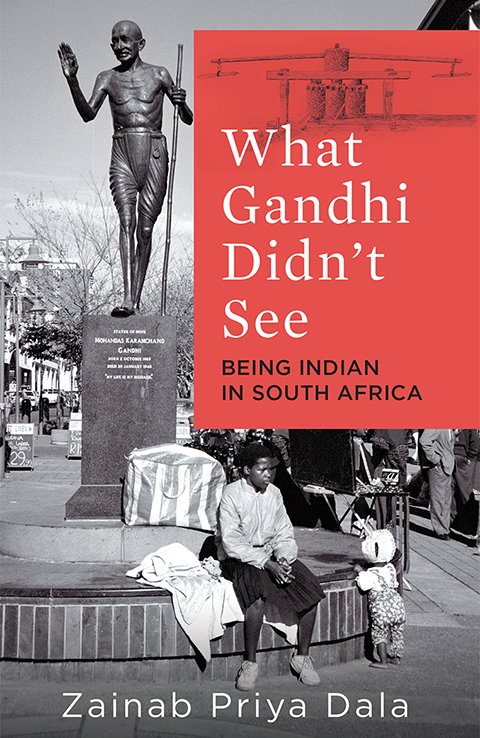 New Delhi– In her recent book, “What Gandhi Didn’t See: Being Indian In South Africa”, author Zainab Priya Dala looks back from the vantage point of her own personal history — a fourth-generation South African-Indian of mixed lineage — and recalls that, as a child, she was hesitant about accepting her Indian identity, but contends that she has now come to terms with it.

She has shared memories of her growing up in South Africa in the 1980s — a time of the State of Emergency, the atrocious Tricameral System advocated and supported by many South African-Indians, and the heightened efforts to have Nelson Mandela released from prison and finally usher in a democratic government.

“The largest challenge I think I faced was negotiating the apparent and false safety of being an Indian rather than a Black child, and watching many of my community accept the Tricameral System, which was a means devised by the ruling White government to give a place in Parliament to Indians,” Dala, who has written two previous novels and has won accolades for her short stories, told IANS in an email from Durban in South Africa.

She said she could see that the Indian community were being given more privileges and access to basic human needs as compared to the Black community, and this unfairness went against her formative ideas of democracy.

“It irked me that many Indian people benefited and lapped up these handouts and enriched themselves on a false sense of fairness. I felt that we were betraying Nelson Mandela by our complicit acceptance of this better life, and when he was released, I hoped that the playing fields would be leveled. But, the further challenge then came for me when I saw that unfairness seemed to again rear its head in that, again, every Indian was being painted with the same brush and looked at by the Black community as opportunists and sell-outs,” she recalled.

She goes on to mention in her book that the truth is “I am South African”, explaining that she relates more to a Black woman than a woman from India. But then she also states that all race groups in the country are now searching for their defining roots.

She said South African-Indians today are very mutable, according to the environment. They have always managed to maintain a cultural identity that is strongly Indian, and with that comes religion. She explained that most South African-Indians have held onto their religious beliefs, but in doing so they have also appropriated the language and culture of the Afrikaner, the Blacks and all others in between.

Dala, who lived and worked in Dublin and has now moved to Durban, said the defining roots of South African-Indians remain in religion and cultural practices, but that is only when they are in their own communities and families.

“When we are out there in social situations and workplaces, we have developed this ability to be chameleons, and fit ourselves into the melting pot that is contemporary South African society. But… in their own communities and homes, (they) are deeply Indian in their lives and practices. It’s like we have these two lives, and we are constantly weaving in and out of these two worlds,” she added.

Dala contends in the book that the Indian diaspora in South Africa has come full circle and, in the last 10 years, more and more people are eager to know where they came from.

“I think after South Africa became a democracy and issues of colour were removed from the table, people began to finally look at themselves and possibly felt safer to ask the questions of their lineage. They felt more freedom to find out about where they came from instead of hiding it all away, and pretending to be White,” she said, in response to a question on the ongoing churn.

She said that trade has become a factor in this new wave of people connecting to India and hailed the Indian government as well as the BRICS grouping, which have set up opportunities for people in both India and South Africa for business. These have led to more frequent flights to India, and tours to India are being publicised. She also said that the surge of Bollywood made it “cool” for South African-Indians to identify themselves as Indians.

“What Gandhi Didn’t See: Being Indian In South Africa” is published by Speaking Tiger and is priced at Rs 499. (IANS)