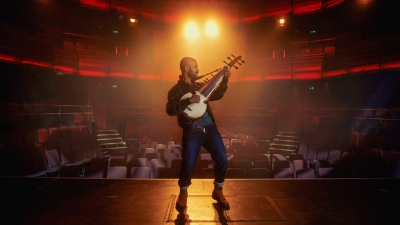 New Delhi– London-based musician, composer and Sarod virtuoso Soumik Datta has won a British Council commission for climate change — one of 17 awardees out of 480 proposals — for a project called ‘Songs Of The Earth’ that will be presented in the run up to the 26th UN Climate Change Conference of the Parties (COP26) in Glasgow in November.

For ‘Songs Of The Earth’, the musician will join forces with Indian illustrators Anjali Kamath and Sachin Bhatt — who also created the artwork for Datta’s 2019 EP Jangal — and Earth Day Network India to create an animated film that aims to disrupt, provoke and challenge the unacceptable wreckage of our planet’s environmental health through animation and contemporary music. .

The new animation film will embrace global stories, diaspora voices and debates around climate injustice, weaving issues from plastic pollution to deforestation through an original story written by Soumik Datta, about the voyage of a young climate refugee.

“I have always been inspired by nature and its infinite capacity to teach and make us dream,” says Soumik, whose last EP Jangal was composed in response to a crisis — about the global environment.

“To be part of a global chorus of artist voices fighting for the world we live in is a great honour. Songs of The Earth will be our offering which I hope reaches the hearts and minds of viewers around the world reigniting their passion for our endangered, blue and green little home,” he adds.

However, this hasn’t been the only project that has kept the contemporary classical musician, and compulsive collaborator, busy.

The early part of 2021, when the pandemic held the world tight in its grip, saw Soumik join a diverse team of British Asian, black and ethnic minority musicians and dancers to create a six-part, visual album called Silent Spaces.

The powerful project emerged out of a cloud of Covid-induced loneliness, under a backdrop of the Black Lives Matter movement, and a new and mainstream conversation about race and identity.

Ambitious in its scope and vision, the six episodes of Silent Spaces, now streaming on YouTube, sees Soumik and a diverse community of musicians and dancers reclaim iconic cultural spaces, performance halls and empty museums, left empty and bereft during the pandemic — including The Royal Albert Hall, British Museum and King’s Cross Station in London — to fill them with new music, dance and hope.

“In the grey of Britain’s winter lockdown, I was given the keys to some of the UK’s most iconic cultural buildings, spaces that were never meant to be silent, that exist to celebrate artists, ideas and audiences,” says Soumik, and adds, “With a team of 40 creatives, we unlocked empty halls and deserted nightclubs, sprinted down the galleries of museums and wrote songs to capture the spirit of our age — discovering a new collective freedom during a time of heightened global anxiety.”

At the heart of the Silent Spaces episodes are pivotal spoken word poems written and performed to the camera by Soumik. They embody the message of each film, be it calling out systemic racism, climate injustice or championing mental health awareness. Known for pushing the boundaries of his arts projects, this is the first time the contemporary sarod maestro has innovated with dynamic, self-written performance poetry in his work.

The music of Silent Spaces will be released as an album later this year to coincide with the release of ‘Songs of The Earth’ and Soumik’s live concert tours. (IANS)