New Delhi– Ubiquitous technology and social media platforms have led to the rise of “disruptive” leaders like Arvind Kejriwal, Donald Trump and Emmanuel Macron as they have been able to “speak directly to their citizens”, who get the “illusion that they are being listened to”, but whether they deliver is a different question, says a new book that examines the new levers of state power in the modern context. 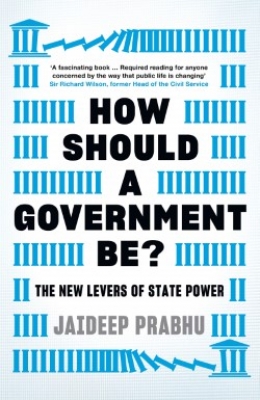 The rise of such leaders “is an interesting and potentially disruptive phenomenon in the development of governments and states. To some extent it is a consequence of the new world of ubiquitous technology and social media platforms that we see,” Jaideep Prabhu, Professor of Marketing and Director of the Centre for India & Global Business at Cambridge Judge Business School, and author of “How Should A Government Be? – The New Levers of State Power” (Profile Books), told IANS in an interview.

“But it is also a response to two other trends: 1) that citizens are increasingly restless and demanding of their leaders, i.e., they want more and better from the state, faster and cheaper, and 2) they are increasingly empowered to make these demands.

“Recognising these two trends, we see that some leaders around the world have found a way to speak directly to their citizens, often using social media like Twitter to great effect to do so. This gives the citizens at least the illusion that they are being listened to and that their leaders are responding to their needs and concerns. Of course, if that is actually the case, remains to be seen,” Prabhu added.

Trump, of course has been voted out of office when he caused more disruption than delivering on his promises. “Macron is being pulled in contrary political directions, swerving both left and right, as he seeks to work out the political trajectory most likely to secure him re-election next year”, a commentary by Jamie Dettmer of the Voice of America said on March 2, adding that Liberation, France’s leading left-wing daily newspaper, has warned that many on the left, who backed Macron in 2017, handing him a landslide election win over far-right leader Marine Le Pen, won’t do so again next year.

Keriwal’s Aam Aadmi Party won 62 of the 70 seats in the Delhi Assembly elections in 2020 to give him a second successive term in office and has scored some notable success in the recent civic elections in Delhi and Surat. It sees this as a signal to expand pan-India but the jury is out on that, with most political analysts suggesting Kejriwal stick to the national capital.

The book is Prabhu’s third from a career spent in studying innovation in the private sector.

“In the first part of my career, I studied innovation in large western companies. I then turned my attention to emerging economies like India where I had grown up. From my study of India and related countries in Asia and Africa, I developed an interest in jugaad and frugal innovation. I wrote two books about this phenomenon: ‘Jugaad Innovation’ (2012) and ‘Frugal Innovation’ (2015).

“Every time I would speak about these books to audiences from around the world, people would ask me: But what does this mean for governments? How does the ability to use new technology and organise in new ways impact the way that governments work? They would then go on to tell me about innovations in government too. Over time, I began to think of researching and writing about such frugal innovation in the public sector and that’s what led me to write this book,” Prabhu explained.

Speaking about the research that went into the book, he said a lot of it was similar to that which went into his previous books.

“I didn’t just want to write an ‘academic’ account of the subject. Rather, I wanted to ground everything I said in actual cases from around the world. So I set out writing to and interviewing public servants and policy makers from both emerging economies (such as India, Bangladesh and Kenya) and developed economies (like the UK, US, Canada and Denmark),” he said.

“Finally, Cambridge has a centre for science and policy that links UK and European policy makers with academics in the university, and over the years I met with over a 100 of these fellows of the centre. All these conversations provided me with ideas and material for the book. In addition to all this data, I also read books on political theory, especially about the long debate that has existed about how big the state should be and what its role in society is,” Prabhu elaborated.

His key argument is that governments around the world can now use new technologies and forms of organisation to be more effective and efficient in delivering for their citizens but that in the process they might also increase their power to be more controlling and authoritarian. To balance effectiveness and efficiency with freedom and liberty, governments need to adopt five principles in how they operate:

Citizens play a major role in this process.

“It is citizens in the end who provide the constant pressure for governments to get better, and so it is crucial that they perform this role well. Doing so involves citizens being informed and engaged and knowing how to choose their political leaders and teams well. But it also means they have to hold their governments to account at all times, either through movements from outside or even better by joining the government and working for its improvement from within,” Prabhu said.

“I will probably return to my main area of interest and expertise, namely businesses and how they operate. There is a huge revolution going on in terms of what businesses are for. For a long time the view was that businesses existed for shareholders and investors (i.e., the owners) and that the sole responsibility of the firm is to maximise shareholder wealth. That view is now coming under a lot of pressure, and many argue that firms should balance wealth creation with wellbeing for customers and employees as well as nature. I will probably write about this topic next,” Prabhu concluded.(IANS)