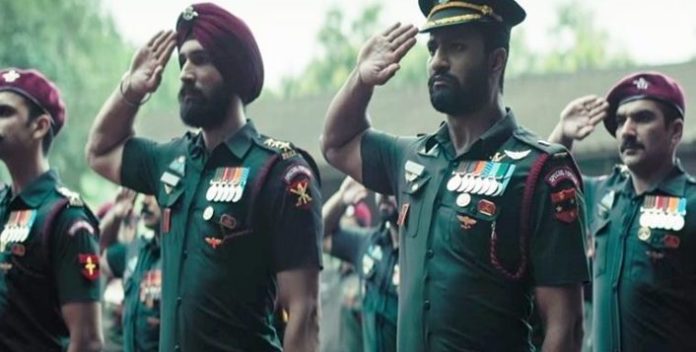 New Delhi–It was the search for exact replicas of the gear and guns of Special Forces Officers which pushed the makers of “Uri – The Surgical Strike” to explore Serbia as a destination that would lend the film an authenticity that would go beyond its Kashmir-like topography.

“I couldn’t have got a better Kashmir outside Kashmir than Serbia,” director Aditya Dhar had once said of the southeast Europe country, now a hub for Indian film shootings owing to easy commute — no visa regime for India for 30 days — and an attractive 25 per cent cash rebate.

But Dhar’s reason to take the crew to Serbia was more than one.

He told IANS; “The kind of gear we were looking at for the film; the clothes, the guns, the night vision goggles, the helmets… Our requirement was very specific as we wanted to be as close to what real Special Forces Officers use. That kind of gear is not available in India. You get those kind of things in Europe or the US.

“Importing that to India may take you close to a year or two. And because the film was very time-specific, I couldn’t have taken that risk. That was one of the prime reasons why we went to Serbia.

“The other was that the topography of Serbia is very close to Kashmir. That actually lent itself perfectly to the film. Another reason was that it was not a very expensive territory to shoot in, and was easy to commute to.”

“Somewhere, I feel if the law of importing the replicas into India can be eased out so that we can use them for film shooting purposes and we don’t have to go abroad so much. Instead we can create the exact same thing in India,” said the director, whose film has crossed the Rs 200 crore mark at the box office.

This is just one of the many examples of how, with tight schedules and smart choice of locations, our filmmakers are gradually moving towards an ecosystem where they are able to control the shooting budget to create content-driven movies that reap box office returns and audience appreciation.

“AndhaDhun”, shot in Pune, was a runaway success. “Stree”, shot in Madhya Pradesh, ran successfully and crossed Rs 100 crore. “Badla”, a story that largely oscillated between two rooms, was shot in Glasgow, Scotland, and has made close to Rs 90 crore. “Luka Chuppi”, shot in Gwalior, has surpassed that mark, as per industry sources.

Sometimes special shooting requirements, like in the case of “Uri…”, take filmmakers abroad — as it happened in the case of “Race 3”, when Hollywood stunt director Tom Struthers got UAE military support with a Blackhawk helicopter, Oshkosh trucks, NIMR military vehicles, and Humvees for action scenes. But that didn’t guarantee word-of-mouth success.

Trade analyst Komal Nahta told IANS: “Filmmakers have to be smart about how they pull off films within a budget and with right locations because the stars charge a lot. So, they have to rationalise the shooting budget. Plus, the audience is so discerning about the content that filmmakers can no longer sell stories on location alone.

“The story needs to be in place and the locations can be cheated on and passed off as real ones sometimes. Also, being outdoors ensures the film shooting goes uninterrupted, and can be wrapped up in time.”

Amod Mehra, another trade expert, said managing time and budget well can also be credited to how the industry has become very “professional and well organised” over the years. “Artistes do enough workshops before beginning the shoot so that no time is lost on sets. Plus, we are no longer shooting on reels,” Mehra told IANS.

While Indian filmmakers continue to look at foreign locations depending on their need, several states within the country have developed shooting-friendly policies. That is besides the single window clearance system put in place by the Ministry of Information and Broadcasting.

Vikramjit Roy, a seasoned film fraternity member who now heads the Film Facilitation Office (FFO), told IANS: “The process of seeking permissions is not complicated anymore. In fact, the guidelines are very specific and there is no anomaly. Filmmakers need to have better production planning and better integration with government authorities for a smooth process.

“The government mechanism is in place, and the FFO now gives the comfort of single window clearance, so filmmakers can totally leverage that.” (IANS)