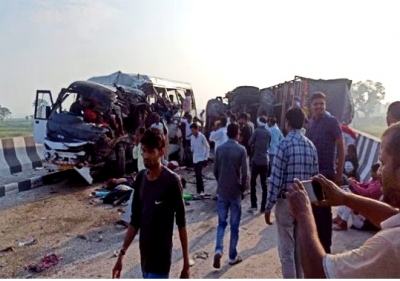 Lakhimpur Kheri (Uttar Pradesh)– Six persons were killed and several injured when a bus collided head on with a DCM vehicle near Sharda bridge on Pilibhit Basti Highway in Lakhimpur Kheri district on Wednesday morning.

The injured have been admitted to a hospital and the condition of some of them is said to be critical.

The police spokesman said that senior officials had reached the spot and the bodies have been sent for post-mortem.