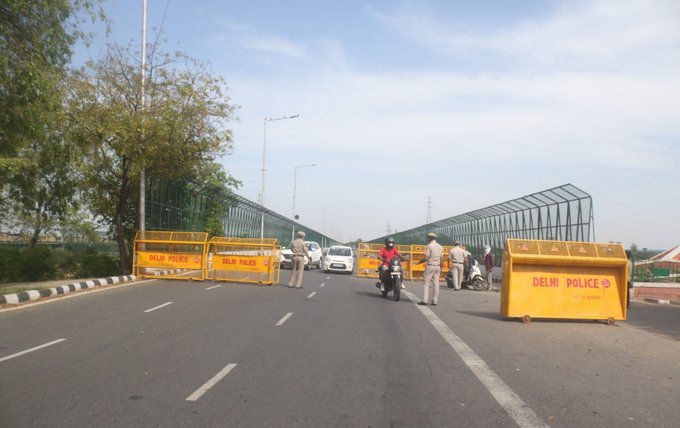 New Delhi-The coronavirus pandemic and a complete lockdown has resulted in localized improvement of air quality in the country.

With cars off the roads and a complete industrial shutdown, India’s mega cities are producing unprecedented low levels of air pollution.

Kuldeep Srivastava, who heads the regional meteorological centre at the Indian Meteorological Department (IMD), said that pollution levels are going to dip further during the 21-day lockdown.

“The current AQI shows the relationship between the human activity and pollution,” Srivastava said.

He said that the pollution levels have plummeted due to reduction in vehicular traffic, shutdown of industries and western disturbance, which is causing rainfall.

Levels of air pollutants and warming gases over some cities are showing significant drops. Levels in India’s financial capital, Mumbai, are now at a moderate 95 on the Air Quality Index (AQI).

The AQI of the national capital, with a population of 26.7 million, stood at 67 and is also in the moderate category.

The suffocating grey smog has finally subsided. Locals also stated that it is now easier to breathe.

The observations undertaken by World Meteorological Organisation (WMO) also showed that nitrogen dioxide (NO2) levels reduced significantly during the lockdown in both China and Italy.

“It is too early to assess the implications for concentrations of greenhouse gases which are responsible for long-term climate change,” the statement by WMO further added. (IANS)