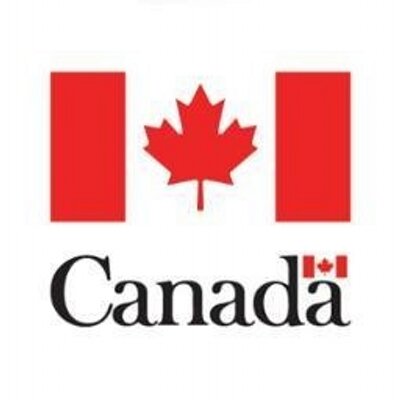 Chandigarh– The number of asylum seekers in Canada from India, a majority of them Sikhs, has soared by over 300 per cent in the past two years alone, with the Canadian government agencies acknowledging “renewed support for separatism in the Punjab region”.

The ‘Refugee Claims Analysis Report’ (RCAR), compiled by the Intelligence and Analysis section of the Canada Border Services Agency (CBSA), which IANS has accessed, shows that in the first six months of 2018, the number of refugee claims (asylum seeking applications) shot up to 1,805, surpassing the total figure of 1,487 claims made in the entire 2017.

“While claims were filed in all CBSA regions, most were filed in QUE (Quebec province) region (1,363), specifically at Montreal Immigration (898),” the RCAR pointed out. A total of 1,088 of these were male applicants and 717 females.

“With over 1,800 claims, mid-year numbers for 2018 have already surpassed total 2017 numbers. Indian nationals made the majority (63 per cent) of their claims at inland offices (1,145), followed by airport mode (614 claims; 34 per cent). Most claimants were born in Punjab, Haryana, Gujarat and Tamil Nadu,” the report has stated.

The RCAR, in a critical tone, pointed out: “A frequent basis of claim cited by Indian nationals is the fear of arbitrary arrest or abuse by the police based on accusations of supporting militant organisations. It should be noted that the vast majority of these claims are filed by Indian Sikhs.”

From the 15th rank among countries in 2016 from where refugee claims were coming, India touched a dubious No. 2 rank, right behind Nigeria (at No. 1; 6,166 claims in 2018 till June) among claimants.

What is significant about the observations made in the RCAR findings is the fact that the Canadian authorities have officially acknowledged that there was mounting tension between the Indian government and the Sikh population and the renewed support for separatism in Punjab.

“Tensions are rising between the Indian government and the country’s Sikh population due to concern over renewed support for separatism in the Punjab region. Between the 1970s and 1990s, the Khalistan movement called for the establishment of a Sikh homeland in Punjab. Contemporary support has since re-emerged around proposals for an unofficial referendum of the global Sikh diaspora in 2020 on the question of independence,” the report stated.

“Government officials argue that the Sikh diaspora is attempting to revive the region’s former militant independence movement. These worries are reflected in reports of extradition requests and arrests of suspected Khalistani militants.

“Critics argue that arbitrary detention and false charges of militancy are being used by the state to silence calls for self-determination. Basis of claim analysis also indicates that Sikhs regularly report detention, assault and torture by police based on vague accusations of supporting militants.

“As government pushback against the Sikh community continues, fear of arbitrary arrest and abuse by authorities will likely prompt more Indian Sikhs to leave the country,” the report pointed out, analyzing the official comments as ‘X-factor’ for the steep rise in the number of asylum seekers in Canada from Sikh-dominated Punjab.

“In light of current tensions between the Indian government and the Sikh community, it can also be expected that claimants will continue to include a large number of individuals born in Punjab or Haryana. It is anticipated that the total claims entered by nationals of India will continue to increase in 2018 to 4,200 claims.

Other significant basis of claims include honour killings, political persecution of opposition party supporters, and discrimination based on sexual orientation, the report stated.

The Indian government, though not openly, has accused the Canadian government under Prime Minister Justin Trudeau of going soft on separatist elements and groups operating in Canada who are trying to revive the separatist movement in Punjab. (IANS)