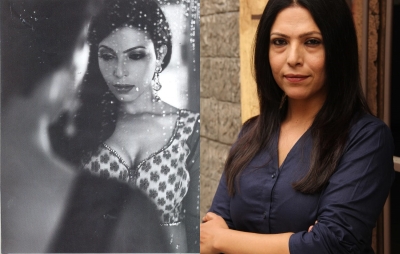 Mumbai– Working with the right kind of co-actors is very important for Shilpa Shukla because it helps to enhance the creativity of a project, the actress believes.

On what she keeps in mind before saying yes to a role, Shilpa told IANS: “It should sound good, that’s the most essential. Then, of course, who are the people making it, who are the co-actors. Because at the end of the day it’s a creative project and is only enhanced when you have the right kind of people to work with, so it is important to know the team and the vision.”

Talking about how she prepared for the role, she shared: “It was more of a text and subtext based kind of a discovery for my character, Ishani Nath. The entire jail set-up, the prison vibes and the give and take with the fabulous set of co-actors helped me to explore this character.”

Life has changed in the time of the new normal and shooting is not the same as before. How has been the experience of shooting amid the pandemic? “It was quite a scenic day because in the morning it was pouring so much and it was after five month of lockdown all of us were together on the set, which was the courtroom. Perhaps it was the first time my character was out of the prison and meeting everyone. So it actually did feel like that in a way. Of course, it was different on the set as we couldn’t hangout like we usually do on the set. But everyone had a great time shooting.”

Summing up the year of the pandemic, the actress said: “A phenomenon they say happens once in 100 years kind of a thing, I think we have realised how interdependent we basically are, so yes it was not bad. Months of solitude. There was so much happening in the world and is still happening. But the perspectives have collectively undergone a transformation and that’s remarkable.”

“We have been through such a year where we’ve lost so many people collectively in the world. So I just wish strength and joy to everyone. We don’t know how long it is going to take for things to go normal. So I am hopeful and optimistic that soon we should have a way out through this pandemic,” Shilpa signed off.(IANS)