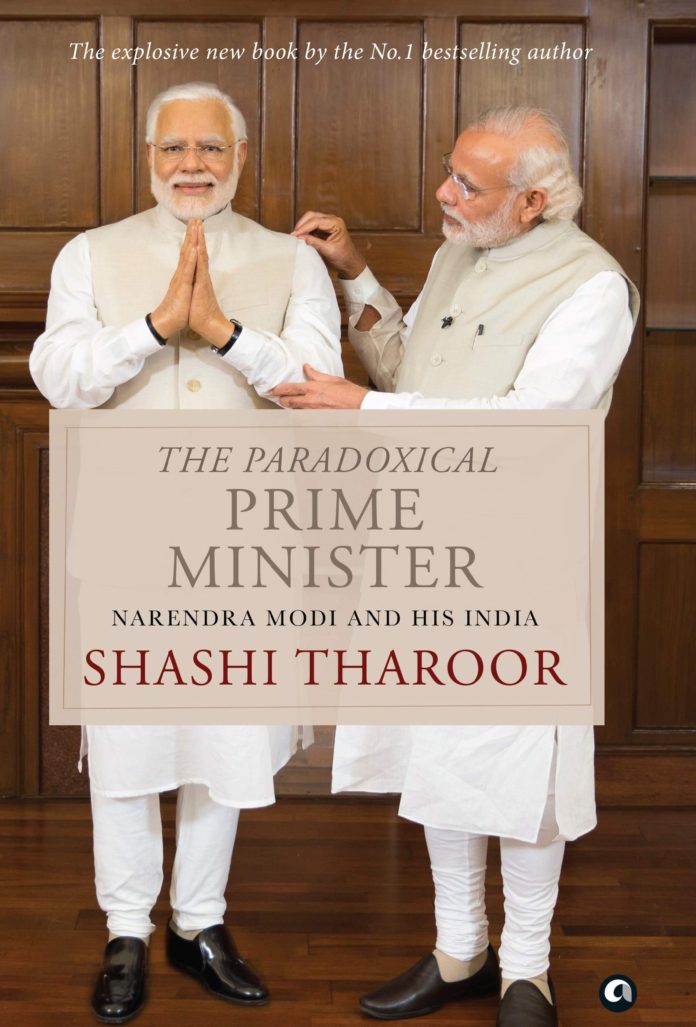 The Bharatiya Janata Party (BJP) revels in being in the public eye, and reaps the advantages that come with it. Public scrutiny, however, seems to unsettle it. In a democratic set-up, a citizen who hails and praises a leader also has the right to evaluate and, if necessary, criticise him. Shashi Tharoor, who presented a lengthy argument on (and in) “Why I Am A Hindu”, tackles in his new book a different subject — and has run smack into a controversy with a prickly BJP.

Consider the “scorpion sitting on the Shiva lingam” (icon of Lord Shiva, one of the Hindu Trinity) metaphor, for instance. It appears on page 81 and is used to convey the dilemma of the Rashtriya Swayamsevak Sangh (RSS) — the BJP’s ideological parent — with Prime Minister Narendra Modi. The comparison, in the first place, is not Tharoor’s, but that of an unnamed RSS leader, quoted in an article that appeared in 2012, six years ago, in Caravan magazine.

“In his 2012 profile of Mr Modi, the journalist Vinod K. Jose quoted an unnamed RSS leader describing his feelings about the Gujarat supremo with ‘a bitter sigh’: ‘Shivling mein bichhu baitha hai. Na usko haath se utaar sakte ho, na usko joota maar sakte ho’…Try to remove the scorpion, and it will sting you; slap it with a shoe and you will be insulting your own faith. That remains a brilliant summary of the RSS’s dilemma with Narendra Modi,” Tharoor writes in the book.

No sooner were these words uttered by the author at a literary gathering that the BJP cried foul, accusing him of insulting the faith of Hindus. The irony remains that the BJP’s offensive further substantiated Tharoor’s assertions — in this book, and more so those from his last, “Why I Am A Hindu”, where he pointed out that his Hinduism is a lived faith and that the self-proclaimed ‘Hindutva Wadis’ had no business to dictate how one worshiped — or even chose not to worship.

What would one anyways do if a scorpion was to be found sitting on the Shiva lingam? Tharoor does not answer this question but reiterates what the unnamed source had said: That either way there will be a problem. How is this comparison an insult to Hinduism, as Union minister Ravi Shankar Prasad claimed?

But more importantly, the scorpion and not the Shiva lingam is Tharoor’s subject and allegations of hurting the sentiments of Hindus are, at best, attempts to derail the discourse arising from this book. The book is about Modi, and not Hinduism. Criticising Modi is not criticising Hinduism, and those in power would do themselves a great service by reading how a leader from the opposite end of the political spectrum evaluates Modi and his government.

“The Paradoxical Prime Minister” is dedicated to “the People of India who deserve better”. The book is divided into five sections spanning 50 lengthy chapters in about 500 pages. Interestingly, Tharoor’s target is not the post of the Prime Minister, and one can argue that even Modi is not targeted as vehemently as could be expected from a prominent Opposition leader. Remember how the BJP went all out against Manmohan Singh? Tharoor, even in his criticism, is respectful towards the office of the Prime Minister.

What Tharoor does, and succeeds in doing, is show his readers what Modi said and says, and what he and his government did during the four years of their rule so far. The contrasts are presented through a range of sources, not “crack-pot” links hovering all over the internet, but widely accepted, credible sources of information, such as leading newspapers, acclaimed books and magazines.

And Tharoor’s most significant source in “The Paradoxical Prime Minister” is Modi himself. He refers to Modi’s numerous speeches — some emotional, others rhetorical, all of them full of alliterations and punchy slogans — to contend that there is a huge gap between the promise and performance, rhetoric and reality.

It deals with all the core issues that have been at the centre of national discourse during the Modi-led National Democratic Alliance government and ends with a chapter titled “The New India We Seek”, where the author paints a picture of the future that he envisions for the country.

Tharoor is not a neutral observer in the book, as he himself acknowledges in its Introduction, but is, nonetheless, objective. “The Paradoxical Prime Minister” deserves credit for scrutinising the actions of a ruling Prime Minister, focusing on how, according to the author, there is a gap between what he said and what he achieved, and for really laying bare the governance during the past four years. Isn’t this what democracy is all about?

And since a lot is being said in the name of God, one is reminded of Nissim Ezekiel’s “Night of the Scorpion”, a poem set during the night the narrator’s mother was stung by a scorpion. And what happened? “The peasants came like swarms of flies/and buzzed the name of God a hundred times/to paralyse the Evil One”. In the end, rationality survives and superstitions bear no fruit. (IANS)