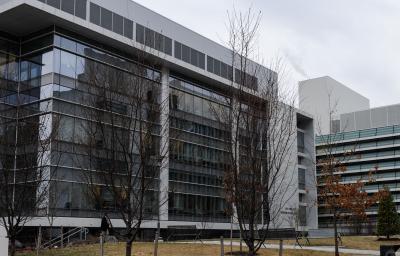 New York– Only 30 per cent of human genes, that are traditional hallmarks of ageing, may be directly involved in the process of ageing, finds a study led by an Indian-American researcher at the US National Institutes of Health (NIH).

The study suggests scientists may need to rethink which genes actually control ageing.

To understand, the researchers fed fruit flies with antibiotics and monitored the lifetime activity of hundreds of genes that scientists have traditionally thought control ageing.

To their surprise, the antibiotics not only extended the lives of the flies but also dramatically changed the activity of many of these genes. Their results suggested that only about 30 per cent of the genes traditionally associated with ageing set an animal’s internal clock while the rest reflect the body’s response to bacteria.

“For decades, scientists have been developing a hit list of common ageing genes. These genes are thought to control the aging process throughout the animal kingdom, from worms to mice to humans,” said Edward Giniger, from the NIH’s National Institute of Neurological Disorders and Stroke (NINDS).

“We were shocked to find that only about 30 per cent of these genes may be directly involved in the ageing process. We hope that these results will help medical researchers better understand the forces that underlie several age-related disorders,” he added. The findings are published in the journal iScience.

For the study, the team raised newborn male flies — of a type of fruit fly called Drosophila — on antibiotics to prevent bacteria growth. At first, they thought that the antibiotics would have little or no effect. But, when they looked at the results, they saw something interesting. The antibiotics lengthened the fly’s lives by about six days, from 57 days for control flies to 63 for the treated ones.

“This is a big jump in age for flies. In humans, it would be the equivalent of gaining about 20 years of life,” said lead author Arvind Kumar Shukla, post-doctoral researchers at the varsity.

“We were totally caught off guard and it made us wonder why these flies took so long to die,” Shukla added.

Shukla and his team looked for clues in the genes of the flies. They used advanced genetic techniques to monitor gene activity in the heads of 10, 30, and 45-day old flies.

“At first, we had a hard time believing the results. Many of these genes are classical hallmarks of ageing and yet our results suggested that their activity is more a function of the presence of bacteria rather than the ageing process,” said Shukla. (IANS)