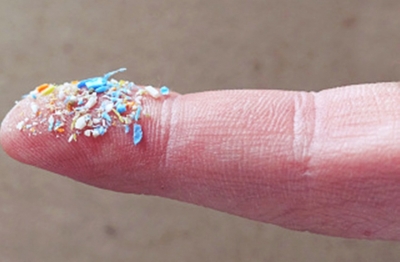 London– A team of scientists have for the first time demonstrated that plastic particles from our day-to-day lives such as water bottles, grocery bags, toys and disposable cutlery, among others, can end up in our bloodstream in detectable levels.

The research, published in the scientific journal Environment International, shows that miniscule pieces of plastic from our living environment are absorbed into the human bloodstream.

Polyethylene terephthalate (PET), polyethylene, and polymers of styrene were the most common types of plastic found in the blood samples, followed by poly(methyl methacrylate). Polypropylene was also analysed but the concentrations were too low for an accurate measurement.

PET is commonly found in soda and water bottles; containers; polyethylene in bottles for milk and household cleaners; blow-extruded grocery bags, caps, and toys; while polymers of styrene are found in disposable cutlery, plastic models, CD’s and DVD cases.

“We have now proven that our bloodstream, our river of life as it were, has plastic in it,” said ecotoxicologist Heather Leslie from Vrije Universiteit in Amsterdam.

The team developed an analytic method for establishing the trace level of micro and nanoplastic particles in human blood. The study included 22 participants, whose blood was examined for the presence of five different polymers, the building blocks of plastic.

Three-quarters of the test subjects appeared to have plastics in their blood, the team said.

While earlier indicators for this came from laboratory experiments, the new research shows that people absorb microplastics from their environment in their everyday lives and that the amounts are measurable in their blood.

The overall concentration of plastic particles in the blood of the 22 donors amounted to an average of 1.6 microgram/millilitre (ug/ml), which is comparable to a teaspoon of plastic in 1,000 lts of water (10 large bathtubs).

A quarter of the tested donors had no detectable quantities of plastic particles of any type in their blood.

“This dataset is the first of its kind and must be expanded to gain insight into how widespread plastic pollution is in the bodies of humans, and how harmful that may be. With this insight we can determine whether exposure to plastic particles pose threat to public health,” said analytical chemist Marja Lamoree from the varsity.

The team now wants to address how easy it is for these particles to move from the bloodstream into tissues such as in organs like the brain. (IANS)