New Delhi–The Supreme Court on Friday directed the Uttar Pradesh Police to register an FIR against Gayatri Prajapati — a Minister in the Akhilesh Yadav government — for allegedly raping and blackmailing a woman. 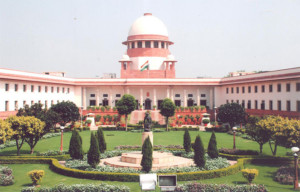 Asking the state police to register the FIR, the bench of Justice A.K. Sikri and Justice R.K. Agrawal directed it to submit the status report within eight weeks.

A middle-aged woman has alleged that Gayatri Prasad Prajapati had raped her when she met him three years ago. She has alleged that she was raped when she fell unconscious after taking tea laced with a sedative.

Prajapati took some obscene photos of the victim and then threatened to make them public and continued to rape her for the past two years. (IANS)

If the pitch is going to turn, then I would look...