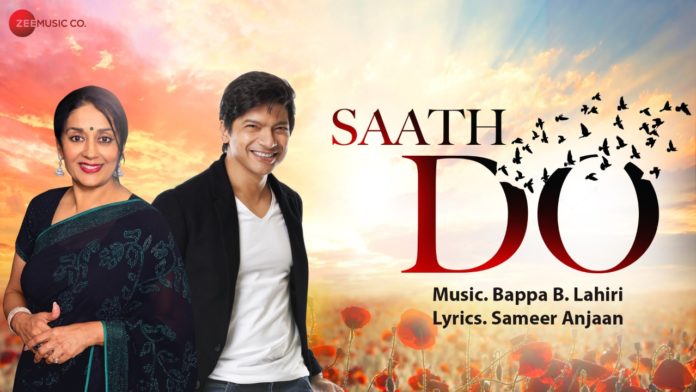 To watch the video, please click here or on the image below:

The goal of the video is to send a positive and uplifting message of hope and helping each other during the global COVID-19 pandemic that has already caused about 383,000 deaths worldwide and there are 6.44 million confirmed cases.

Lahiri, an Indian music director who now lives in Los Angeles, said that “Saath Do” music video includes people from around the world, including India, South Africa, China, England, Germany and Italy, among others.

Lahiri, who composed the music for the video and came up with the idea, said that it is a difficult time for people everywhere and that this music video will uplift people and send a message that everyone is “together in this.”

He said the music video will be released on Thursday, June 4, 2020, by Zee Music Company, a subsidiary of India-based Zee Entertainment Enterprises Ltd.

After Lahiri came up with the “Saath Do” idea, he contacted lyricist Sameer Anjaan for composing the lyrics and then the duo was joined by singers Shaan from Mumbai and and Palakurthi in Boston in the United States.Rehearsals and recording were all done remotely.

“I have really come to appreciate technology,” said Palakurthi, one of the top Indian American singers, whose album “Jaan Meri” song from her Jaan Meri album won the prestigious Independent Music Category’s best Song of the Year Award at the Radio Mirchi Music Awards, the Indian equivalent of the Grammys.

Both Palakurthi and Anjaan, who is a Guinness World Record holder for writing the most songs, had first met at the Radio Mirchi Music Awards ceremony earlier this year.

In addition to holding the Guinness World Record, Anjaan has also helped launch the largest number of professional singers who have started their singing career with his lyrics, said Shaan.

Shaan, a Bollywood playback singer and a television host who has hosted the shows like Sa Re Ga Ma Pa and Sa Re Ga Ma Pa L’il Champs, said the credit goes to Lahiri for producing the wonderful upbeat “Saath Do” music video during the current crisis.