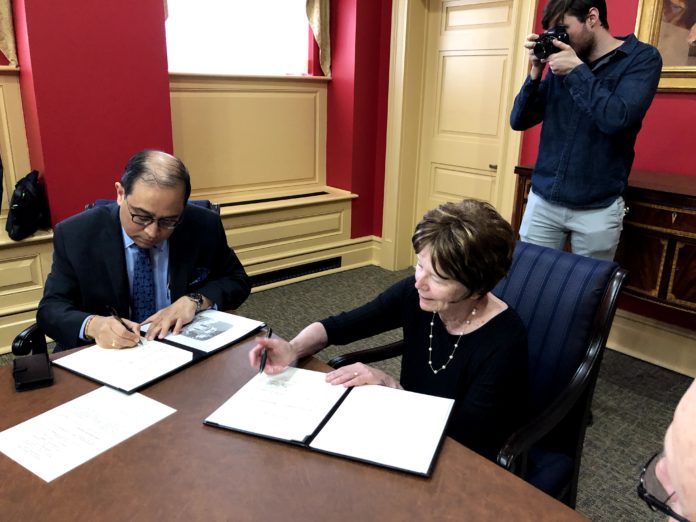 NEW YORK– Indian Council of Cultural Relations and Rutgers University have signed a memorandum of understanding for the establishment of ICCR Visiting Lectureship in Contemporary Indian Studies. The MoU will remain in force till 2023.

The MoU marks a new phase in academic exchanges between India and Rutgers University. ICCR had earlier established a Chair at Rutgers School of Management & Labor Relations in 2017.

The new MoU will facilitate focused short-term deployment of reputed experts at Rutgers University. The chair is likely to draw immense interest from the student community at Rutgers University in view of the increasing interest in India studies as well as large concentration of Indian diaspora in New Jersey. 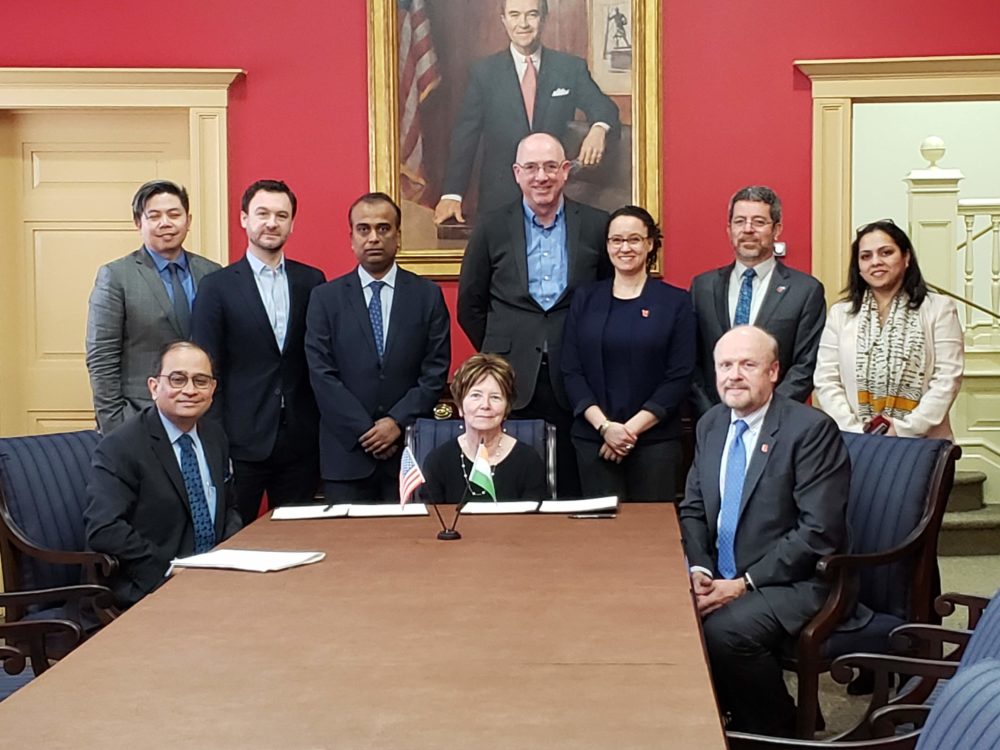 Mr. Chakravorty welcomed the signing of the MOU and noted that focus of Rutgers University on India has increased significantly in recent months. He also stated that Consulate General of India can help in connecting students of Rutgers University to Indian companies present in the U.S. for both jobs and internship opportunities.

Chancellor Molloy welcomed the signing of the MOU and noted that Rutgers is ready to further intensify its partnership with India.