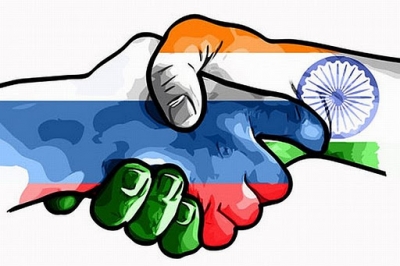 The Russian National Security Advisor will be meeting the Indian NSA, and the Prime Minister of India Wednesday — primarily to discuss Afghanistan. There are other critical matters too between Russia and India — including overcoming the American sanctions on Russia, so that the S-400 missile defence systems can be purchased by India. PM Modi will have to take up this matter very soon with President Biden in their meeting, which is due in a couple of weeks. This too should be discussed today.

But back to the issue of Afghanistan. Russia and India must call for a Hindu Kush Peace Summit, with all countries that share a border with Afghanistan. Participants at the summit must include Iran, Turkmenistan, Tajikistan, Pakistan, China, and of course Russia and India. The objective of the summit should be to ‘firewall’ the ‘physical’ spread of terrorists beyond the territory of Afghanistan. The inspirational spread of ideology is a different matter, will be secondary, and each nation will have to work out its own manner on how to stop this spread.

Each of the border nations with Afghanistan has a big problem on their hands — and the challenges for each nation are specific to its own history. All of these nations may be playing their own power and cat-mouse games in the vast heartlands and mountains of the Hindu Kush region, but they can come together for a ‘Common Minimum Program’ on at least one issue — how to contain the export of terror-jihadis into their country, and also the issue of refugees that has arisen.

By convening such a peace summit, India and Russia will interject a new, positive, and solution-oriented dynamic in this region. With the abdication, withdrawal of US and Europe from Afghanistan, now the destiny of this region is in the hands of these above nations — and how they provide a Common Minimum Leadership which at the same time helps them to secure their own borders.

Exactly 20 years after 9/11, the world is now witnessing another shift, which is as terrifying in its scope as 9/11 was. Today we are seeing the birth of a newer version, a silent-9/11 which has epicentre in the Hindu Kush region, and which will stab and bleed the core sovereign interests of all in the neighbourhood.

It is in the mutual self-interest of Russia, and India, to convene this summit. All participating nations can protect their self-interest via this summit. Russia and India must take leadership, step forth — and shape a new paradigm of Eurasia. (IANS)