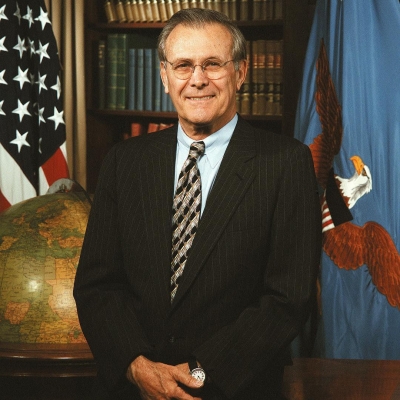 New Delhi– Pakistan’s complicity in supporting the Taliban insurgency in Afghanistan over many years is exhibited in 20 declassified documents published by the National Security Archive of the US.

The files from American military and Department of Defense, going back to 2002, clearly show Pakistan’s involvement with terrorist groups in Afghanistan.

An email by a member of a Green Beret commando team hunting “high-value” targets, which was circulated throughout the Pentagon at the highest levels, mentions about Pakistan as a sanctuary, Russia Today reported.

“Operations virtually froze for a month while the Al Qaeda and Taliban patiently reconsolidated out of Pakistan.

“The situation we’re in now is that Al Qaeda have licked their wounds and are regrouping in the Southeast, with the connivance of a few disgruntled junior warlords and the double-dealing Pakistanis,” the email says.

Another memo on June 25, 2002 by the then Defense Secretary Donald Rumsfeld talks about “giving a chunk of money” to Pakistan to fight the war on terror.

This Rumsfeld memo to his policy aide, Douglas Feith, on June 25, 2002, captures how naive top American officials were about Pakistani motivations, and how throwing money at any problem came to be the core US modus operandi around Afghanistan. Rumsfeld asks: “If we are going to get the Paks to really fight the war on terror where it is, which is in their country, don’t you think we ought to get a chunk of money, so that we can ease Musharraf’s transition from where he is to where we need him.” Rumsfeld does not see how Pakistan and its intelligence service were playing both sides in Afghanistan, and the net for Pakistani leader Pervez Musharraf was some $10 billion in US aid over the following six years.

So it was that billions were sent to Islamabad by Washington over the next decade to bankroll its contribution to the fight against Al Qaeda and the Taliban. A large proportion of the funds were misused, and an indeterminate amount may well have financed the very groups they were meant to be fighting, Russia Today reported.

He added that deepening military involvement in a mission “that most agree cannot be won solely by military means” was illogical, and “more troops won’t end the insurgency as long as Pakistan sanctuaries remain”, forecasting that Islamabad “will remain the single greatest source of Afghan instability”. (IANS)