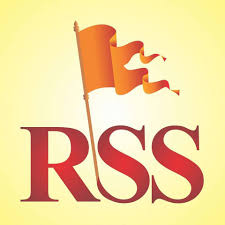 New Delhi–In order to increase its influence among the IT professionals, the Rashtriya Swayamsewak Sangh (RSS) has asked its tech-savvy members to increase activities in engineering colleges across the country.

The Sangh believes that since Information Technology is driving the world, so engaging more IT professionals with the organisation will not only make its work easy but their progressive thinking will also benefit the organisation.

Sources in the Sangh said that with this in mind, the three-day Vijay Sankalp camp of the RSS in Telengana which started from December 24 was organised at Bharat Engineering College, Ibrahimpatnam. More than 8,000 swayamsewaks participated in the camp out of which more than 1,000 were from an engineering background. RSS chief Mohan Bhagwat also addressed the participants at the camp.

A senior RSS leader told IANS: “The Sangh has been trying to engage IT professionals for some time. With more usage of technology in the operation of the Sangh, we wish to engage more and more IT professionals. We are increasing our activities in engineering colleges. Not only students but we are also engaging the professionals working in the IT companies.”

The training camps which will be organised in various states will see more engagement of people from an engineering background. The RSS members are already running a mass campaign in engineering colleges as well as IT companies.

To make it easier for the youth, the Sangh has also started online membership facility through which more than 7 lakh people have already joined the organisation. However, how many of these are IT professionals is not yet known. (IANS)