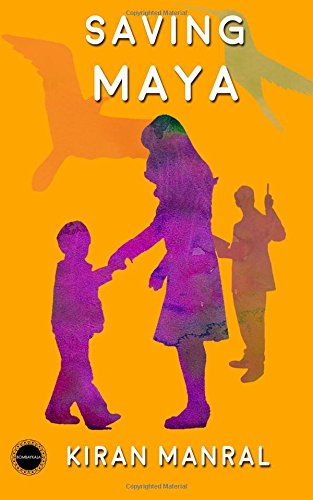 Relationships, of the romantic sort especially, are arguably the most important facet of life but can they be eternal, with even absence or abandonment by either partner curbing the other’s ability, hope or even desire to begin a new one? Or are there second chances, with love working its mysterious and irresistible magic on the most despairing heart?

Then there is the matter of recognising such a chance when it may arise, and if it is entails a choice, hoping the right course is chosen — as the prodigious Kiran Manral shows in this endearing and witty story of a rather transformational month or so in the life of a divorced mother.

As the story opens in Mumbai in December 2015, it’s been just a year or so that Maya Arya nee Sharma has divorced from her philandering husband after catching him in flagrante delicto in his office — when he thoughtlessly left the door unlocked.

Left with a modest suburban apartment and support to their young son’s education but needing to work again to sustain herself, she is now feeling a man-sized hole in her life amid other personal and professional preoccupations — but prospects seem bleak.

But there appears an eligible neighbour, a high-flying academician, whose letters keep coming to her house. And then she gets her hands — accidentally — on him while trying to drag her son, already late for school, into the lift only to finds she’s grabbed hold of the wrong person.

And as Maya, whose close friend has hired her a life coach and personal trainer for her complete makeover, wonders if her “tryst” with the professor will lead to anything meaningful, there appears another contender — a globe-trotting cousin of her boss.

But there are also a series of whammies — her son Dushyant returns from a weekend with his father bearing an invitation card for his second marriage, and then her professor seems coming on to her but then disappears.

In the course of an eventful month, will something work out for Maya or will her life remain achingly lonely? And what happens at the wedding? The story, in the hands of the versatile, gifted and irrepressible author, ends on expected lines but not in a way you could have anticipated.

In her eighth book, Manral, however, doesn’t only confine herself to second chances at love but gives added layers and nuances to the motif so as to incorporate a whole gamut of issues of modern urban living and love, especially for single, professional women.

While the story is enlivened with deft characterisation — concerned, overprotective mothers, nosy neighbours, curious children (with the author most assiduously and amusingly reproducing their pronunciation), dependable but dominating friends (Arzoo is awesome) and demanding work colleagues — wry (and even slapstick) humour and the sparkling dialogue, its real strength is beyond these.

This is the depiction of women who have managed to take charge of their life no matter in what circumstances.

As Manral brings out, we see these women all around us – they can be outspoken, will not take things lying down, demand respect and equality, know what they want and don’t much care overly about what other people might think, may be lonely but not desperate enough to throw themselves away – but only a few (men) appreciate them.

Above all, such women know that even before a knight in shining armour — who may or may not show up or be suitable — there is only one person who they can depend upon. And Maya eventually learns who.

And that is what makes this work not just a romance, but rather a comedy of manners which both sexes must read and learn from. (IANS)