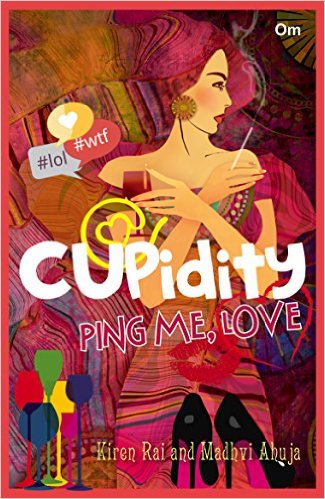 New Delhi– In an era when finding true love sometimes seems to be a distant dream, budding Indian writers still hold on to romantic fantasies to mark their debut in the world of fiction.

“The best thing about books is that they offer temporary escape from reality. Fortunately, romance is a genre that appeals to people of all ages, who look upon it as a gateway from the routine that dictates their routine,” Sakshama Puri, author of the “The Wedding Planner”, told IANS in an email interview.

Like Puri, Madhvi Ahuja, whose first book “Cupidity, Ping me love” is based on urban cyber love, too strongly believes that romantic books are very much relevant in present scenario.

“What is life without love? We might be struggling to keep it alive or even find it, but the romanticism of romance is imbedded deep within as an emotional, social and literal need,” Ahuja explained.

With most debut writers taking up love as main theme, the characters are depicted from belonging to urban life, dwelling with their daily struggles in relationships.

Take Priyanka Varma, who marked her debut with “The Rite to Love” that takes up issues like love, marriage and live-in partnerships.

“My purpose in writing this book was to showcase the different types of relationships and lifestyles that persist today and how emotions are perceived through the microscopic lens of the society,” responded Varma when asked why she opted to portray urban routine in her book.

A similar response came from Kiren Rai, who co-wrote “Cupidity, Ping Me Love” with Madhvi Ahuja.

“The urban space is evolving and people are experimenting with all kinds of new things. The characters are true to the age of technology, living between laptops and the effervescent mouse, looking to find and meet people in their busy lives. I also like the shades of love that the book has captured and which are so archetypal of urban women in India today,” stated Rai, whose book is her second.

For the debutant writers, taking up a plot based on urban residents makes it easier to easily click with readers as they can comfortably and easily relate to the stories.

“The readers of this book would predominantly be from urban communities. We wanted to make this book relatable, so we put in elements that would seem real. From the reviews we are getting, I think we have managed to achieve that,” Ahuja said.

But does writing about the urban routine with characters belonging to the upper class not shut out certain sections of readers?

For Rai, region or cosmopolitan life can never be a barrier for reaching out to readers.

“The second tier cities are catching up fast with the cosmopolitan cities so it is relatable to a large audience of readers across India and the world over. The clatter of laptop clicks, emails and pings – it’s real for most of India,” Rai maintained.

A similar response came from Puri who has presented her female protagonist as a strong career-oriented woman.

“Irrespective of the background, it is the characters and their presentation that leaves a major impact on the readers. My heroine is an independent and career-oriented woman with strong family values that keep her grounded. She is a character that readers from all backgrounds will be able to relate to. The urban schedule should not be a barrier to
connect between readers and the book,” Puri said.

All the debutant writers, including Rai, were confident of their books doing well as they thought love and romance is an eternal theme that can never fade away and will always rule the heart of readers.