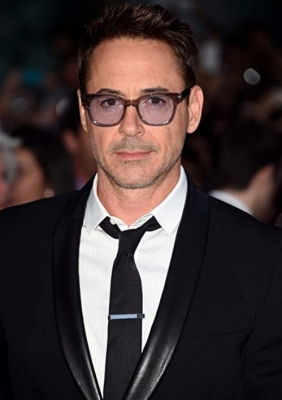 Los Angeles– Best known for playing Iron-Man and Sherlock Holmes on the big screen, Robert Downey, Jr. has now turned to advocating climate smart food choices. The Hollywood star has teamed up with bestselling author Thomas Kostigen to write ‘Cool Food: Erasing Your Carbon Footprint One Bite at a Time’.

Blackstone Publishing has acquired the rights to the book, which, its authors say, will provide a smart, accessible and game-changing roadmap to making climate-solving food choices, reports ‘Deadline’.

The deal marks the first major non-fiction book from Downey, Jr., who leaned into nutrition since early in his Marvel run as Iron-Man to prepare for the rigours of that role.

Notes ‘Deadline’: “While there has been a preoccupation in Hollywood with cutting down carbon footprints, doing it through a diet seems an innovative wrinkle.” Blackstone hasn’t set a publication date.

“Our best global food future requires no hand-wringing, fad diets, or radical shame — just a perspective shift to discovering the many solutions in plain sight,” Downey, Jr. said. “With Kostigen in the cockpit, and Blackstone’s formidable ground control, it should be an actionable adventure. Join us.”

Added Kostigen: “As the great Yogi Berra once said, ‘The future ain’t what it used to be.’ Increasingly, we are presented with forecasts of a worsening climate.”

Talking about the book, he pointed out that ‘Cool Food’ “shows how we can change that outlook for the better by making a few different choices at the grocery store, trying something new on the restaurant menu, and by keeping an eye out for foods that store more carbon in the ground rather than polluting the air.” (IANS)