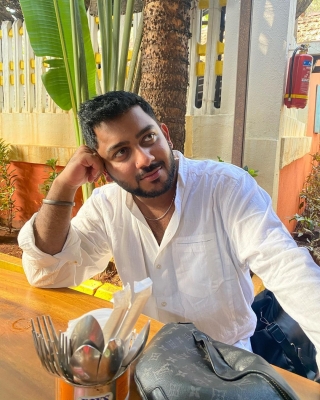 Mumbai– Electronica producer and indie artiste Ritviz, who recently announced an ambitious and exciting plan of releasing 21 songs in 21 weeks, has collaborated with music producer Karan Kanchan for a number inspired by lockdown silence titled “Khamoshi”.

“Khamoshi” is a surprise track added to the list of 21 songs that is scheduled to release over the 21-week timeline.

The song features Ritviz’s trademark vocal styling and adds a layer of melancholy to a beat that resonates with nostalgia and a time past.

“Karan and I announced the release of Khamoshi in December last year but for creative reasons we didn’t end up putting it out,” said Ritviz.

He added: “It took us a bit to figure out what was missing but eventually we did and I’m so excited with how it has turned out. Since there are 21 songs coming up across August to December, it just made complete sense to add this as a surprise drop to kick off the string of releases.”

Kanchan utilised the pandemic-induced lockdown period to dabble with different music genres and styles. He said: “I have always been inclined towards producing multi-genre and varied music and fully explore my aptitude as a music producer. Most of my releases over the last two years have been more skewed towards hip-hop and I felt it was time to experiment with newer styles and alter perspectives.”

He added: “I have a huge catalogue of unreleased material that I will be releasing soon and I’m truly excited to set gears into motion with Khamoshi.”

This eclectic track releases on July 9 across all major streaming platforms. (IANS)