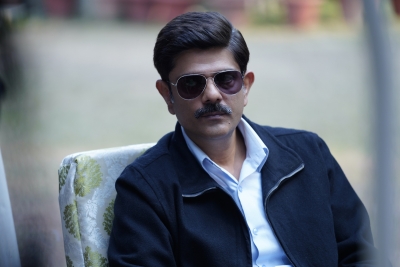 “Kathmandu Connection” is a cop-and-gangster drama that tries doing more than use these prototypes to set up a crime thriller. The series reserves a twist of events as the episodes unfold, focusing on how lines can often blur when it comes to setting apart the good and the bad, the lawkeeper and the law-breaker.

The world of OTT fiction mostly dwells in such grey zones, and Sachin Pathak’s six-episode sticks to norm. There are no heroes, no villains. The cop who is obsessed with cracking a high-profile case is driven by interests beyond ensuring justice, just as the gangster who coldly eliminates rivals in the dark world of crime lives by a code, loves from the heart.

It’s not new. You have seen this ruthless gangster with a heart in a zillion Hindi movies before, much as the encounter cop who thrives on bending the law. Only, Bollywood mostly narrates such stories from the perspective of the gangster. “Kathmandu Connection” starts off looking at life with the cop’s gaze, before turning the narrative on its head. The style of storytelling renders a certain intrigue quotient to a narrative that would have otherwise fallen flat.

Amit Sial plays the cop, DCP Samarth Kaushik, with admirable restraint, bringing alive a layered protagonist. The story (Siddharth Mishra) unfolds in the wake of the Bombay blasts of 1993. Days after the tragedy, a series of incidents take place. An officer investigating the blasts is killed and a hotelier kidnapped. A television journalist, Shivani Bhatnagar (Aksha Pardasany), complains she is being stalked.

The ethically flexible DCP, an encounter specialist, begins to see possible links in these seemingly unrelated incidents. Juggling his hectic schedule with the stress of a crumbling marriage, Samarth develops a soft spot for Shivani. The narrative, however, does not accord much scope for romance, in a screenplay that clearly always aims at using play of emotions to move forward the crime drama. Soon, Samarth and his team are off to Kathmandu, looking for a possible commonality that connects these events. They are joined by CBI officer Hitesh Aggrawal (Gopal Datt), and their probe leads them to a posh casino owned by the dreaded Mirza (Zakir Hussain).

However, when Mirza is found dead in his own casino even as Samarth and team barely start their investigations, they realise they could be up against a force that operates from the shadows — one that is far more sinister than the vile casino owner Mirza.

“Kathmandu Connection” builds its storyline against the backdrop of a crucial moment in modern Indian history. Yet there is little socio-political subtext here that might make an impact. Rather than dig deep, the narrative merely skims the surface of the material at hand, to set up a story that moves from the blasts to a bizarre love triangle to a plain story of personal vengeance. Essentially, the series struggles to strike a tone of uniformity. Much of the storytelling is inconsistent, and though you spot the odd narrative spin that surprises, these are few.

The redeeming factor here is the acting. While Amit Sial cuts a flawless picture as DCP Samarth Kaushik, watch out for Anshumaan Pushkar (you’d have seen him in “Jamtara”). Without giving away spoilers, the budding actor gets a dynamic character graph and makes most of it. (IANS)

As largest democracy with 2,500-year legacy, no one preaches to India:...