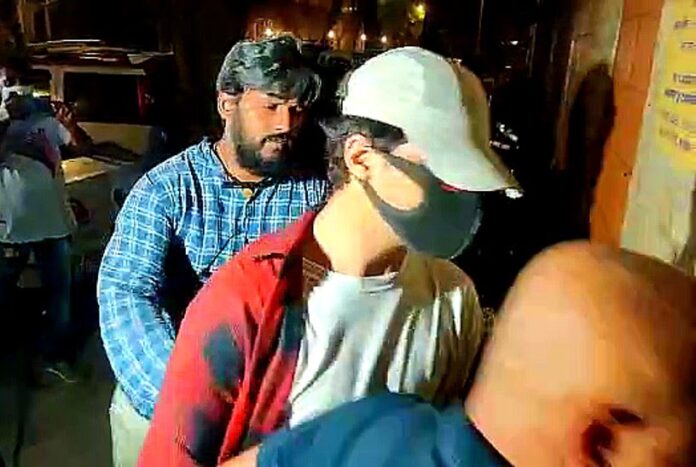 Mumbai–Aryan Khan, the son of Bollywood mega-star Shah Rukh Khan, was on Sunday arrested by the Narcotics Control Bureau (NCB) on charges of consumption, sale, and purchase of narcotic drugs, after a rave party was busted aboard a luxury cruise liner.

Aryan and seven other youths were taken into custody by the NCB, and subsequently, formally arrested.

Initially, Aryan and two others — Munmun Dhamecha and Arbaaz Merchant — were arrested, and the trio was produced before the Esplanade Magistrate Court, amid tight security, late on Sunday and sent to the NCB’s custody for one day till Monday, a prosecution lawyer told media persons.

Charged under various sections of the Narcotic Drugs and Psychotropic Substances Act, they will be produced again before the court on Monday for their judicial custody, even as their legal team, including Aryan Khan’s lawyer Satish Maneshinde, plan to challenge the NCB action in the Bombay High Court on Monday.

The others who remained under the NCB’s detention – Nupur Satija, Ishmeet Singh Chadha, Mohak Jaiswal, Vikrant Chhokar, and Gomit Chopra, were subsequently arrested.

They will be produced before a magistrate’s court after undergoing their medical tests for remand.

Earlier, NCB’s Superintendent V.V. Singh, in his arrest memo, said that Aryan Khan was being arrested under the NDPS Act for his “involvement in the consumption, sale and purchase of contraband” (drugs) along with other known and unknown persons.

Aryan Khan, 23, acknowledged and said that he understood the grounds of his arrest and has informed his family of the same.

The star son and the others were detained by the NCB since morning.

The action came after the NCB’s swoop on Saturday evening aboard the Cordelia Cruises deluxe ship as it was preparing for a scheduled Mumbai-Goa voyage, shocking the people, especially in the entertainment industry. (IANS)