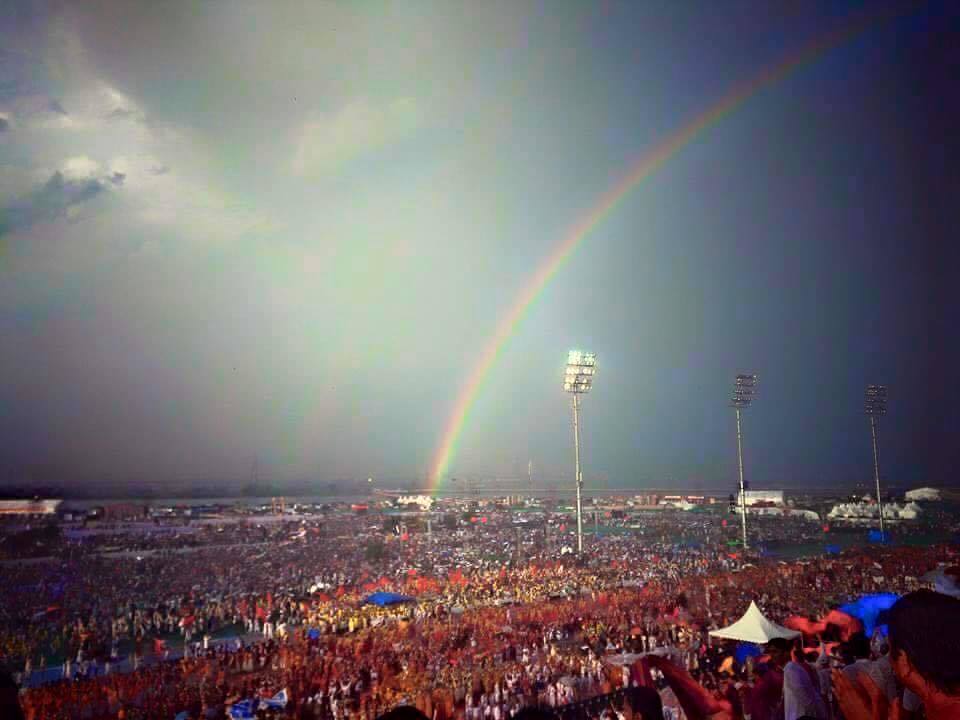 Showers and dust storm lashed the expansive area of the flood plain making the people wet. It also added to the slush created by earlier showers making it difficult for people to walk and vehicles to negotiate the bumby and muddy terrain.

The event has faced controversy over the use of Yamuna flood plain and has the AoL being asked to pay initial environmental compensation of Rs.5 crore by the National Green Tribunal.

Meanwhile, on the second day, musical troupes and dance groups from several countries including Ghana, Indonesia, Sri Lanka, South Africa, and the Netherlands performed before a huge gathering at the huge seven acre stage.

The entertainment was coupled with religious teachings from spiritual leaders.

While the cultural events were held in the evening, the Global Leadership Summit was held during the day.

Home Minister Rajnath Singh and External Affairs Minister Sushma Swaraj said the spiritual guru has “made all Indians proud with his work”.

has made us all proud as he has conveyed the message of Indian heritage and traditions to all over the world,” Singh said.

“The daos of Sri Sri Ravi Shankar is a perfect stage of secularism. Spiritual leaders from all the faiths are here…Sri Sri can have such a spiritual conclave anywhere in the world,” she said.

Sri Sri Ravi Shankar, who inaugurated the forum, said a leader always walks the last, and makes everyone move ahead.

“A leader is not meant to create followers, but rather create leaders. This is the concept of Bodhi Sattva – which originated in India and Nepal. A leader will always seek challenges. Youthfulness to me means challenges,” he said.

He also said that chaos can be a blessing in disguise. “A leader has a role to play when there is chaos. Since there is no dearth of chaos in the world, we need to create more leaders,” he said.

He also tweeted to say that people from 161 countries watched the live webcast of the World Culture Festival.

Volunteers associated with the World Culture Festival said that the purpose of the event was to give the world a message that the whole world is one family.