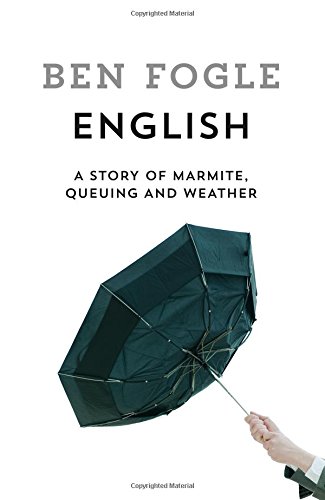 What do we make of the English? Inhabitants of a small island who went on to amass a large global empire, yes. Yet, they apologise to you even if you trod on their toes and champion the underdog. People who hate to draw attention but turn out at some events in striking apparel. The developers of cricket, tennis and football but as keen on shin-kicking, worm-calling, and chasing cheeses down hills.

And they have many other peculiarities, chiefly, an obsession with the weather and fondness for a sticky dark paste made from yeast extract as one of their favourite foods. What makes the English English was a question that writer, presenter and adventurer Benjamin Myers ‘Ben’ Fogle was keen to find out.

As he tells us, he had a taste of the strange but sensible construct it is when he asked the gathering at a weekly meeting of a Yorkshire regional branch of the Women’s Institute, the country’s largest and oldest woman’s voluntary organisation, what Englishness meant to them.

While answers included weather, queuing, apologising, gardens, tea, the Queen, the women drew the line at flying the St George’s Cross, the traditional standard of England, from their homes as it had been hijacked “by the extreme right” to represent racism and xenophobia.

Asked if they should celebrate their Englishness, they agreed, provided it was not jingoistic but done in “an understated English kind of way” and asked him to reclaim its celebration.

And that was the genesis of this book, where Fogle, who is half-English (his father being Canadian) sets to chronicle Englishness’ high points — a quest that takes him on a rollicking tour of the country’s lawns, stately homes, most cherished sporting spots, queues and coastlines to observe and chronicle what eccentricities the people cherish and revel in.

He starts by taking part in a race, which involves “twenty young men, chasing a cheese off a cliff and tumbling 200 yards to the bottom, where they are scraped up by paramedics and packed off to hospital”. Fogle, who was also among the casualties, concludes that cheese-rolling in all its “glorious absurdity” defines the English as a nation, being “daft, eccentric, and gloriously pointless” and “a rich part of our heritage, though no one really knows how or even when.”

With that insight of identifying the English identity in all its quirkiness, he continues his journey.

Next follows understanding the peculiar fixation with the weather, visiting both weather presenters as well as the extreme job of the “Fell Top Assessor” (which will give you a new look at the Lake District, the immortal hub of some well-loved poetry) as well as the national heritage of the Shipping Forecast

Fogle also cites two personal examples where weather cropped up — while talking to his mother on the phone during sailing across the Atlantic in a small rowing boat, as well while meeting Queen Elizabeth II.

His quest also brings us more typical symbols of Englishness — wax jackets, cricket (including on a momentary river island in a busy shipping channel), boat races, fondness for pets including some exotic ones, and nature, umbrellas, and Shakespeare and his enduring influence.

Then there is also fish and chips, the Wellington boot, the “Dunkirk spirit of relentless optimism”, heroic failures, tea cafes, queues to enter Wimbledon, a “politician” dressed as Darth Vader and much more.

And all this is recounted in a conversational, witty, self-deprecating but insightful way — an English characteristic, and supplemented by useful lists — like those phrases we can thank Shakespeare for or rules for standing in queues — and tables, specially that one about what an Englishman says, actually means and what foreigners take it to mean.

While it is a revealing look into the English get-up, the understated — naturally — lesson is that you need not be brash, aggressive and accumulative to leave your mark on the world stage. Then you can have — and relish — traditions which are not divisive or iniquitous. That will be the English’s abiding legacies. (IANS)