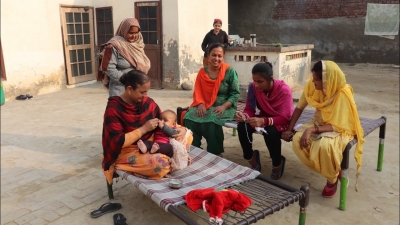 Chandigarh– In a bid to empower the women-headed households in Punjab, the Cabinet on Wednesday gave the go ahead to implement the Mata Tripta Mahila Yojna, which aims to pass on benefits of existing and ongoing government schemes by various departments to them.

Punjab has 54,86,851 households (as per Census 2011) out of which 7,96,030 households are headed by women. The objective of this new policy is to empower households, headed by an adult female, who is the sole or main income earner and decision-maker.

It is estimated that an additional allocation of Rs 177.1 crore per annum would be required in 2021-22 for new interventions and also for dissemination and outreach programmes to cover all eligible beneficiaries.

Under this scheme, the head of the household must be a widow, deserted, separated, divorced or unmarried woman and must be the sole earning member in the family.

According to a spokesperson for the Chief Minister’s Office, the initiative would focus on providing the benefits of existing and ongoing government schemes being run by various departments.

The underlying objective of this pro-women initiative is to reach out to all the needy women-headed households in the state, so as to provide services benefits and ensure their rights with regard to healthcare, education, employment, safety and dignity in all spheres of life.

The Punjab government is committed to the empowerment of women in the state, the spokesperson said, noting that the reservation for women in the panchayats and urban local bodies has been increased to 50 per cent.

Likewise, the reservation of women in government jobs has been raised to 33 per cent. (IANS)