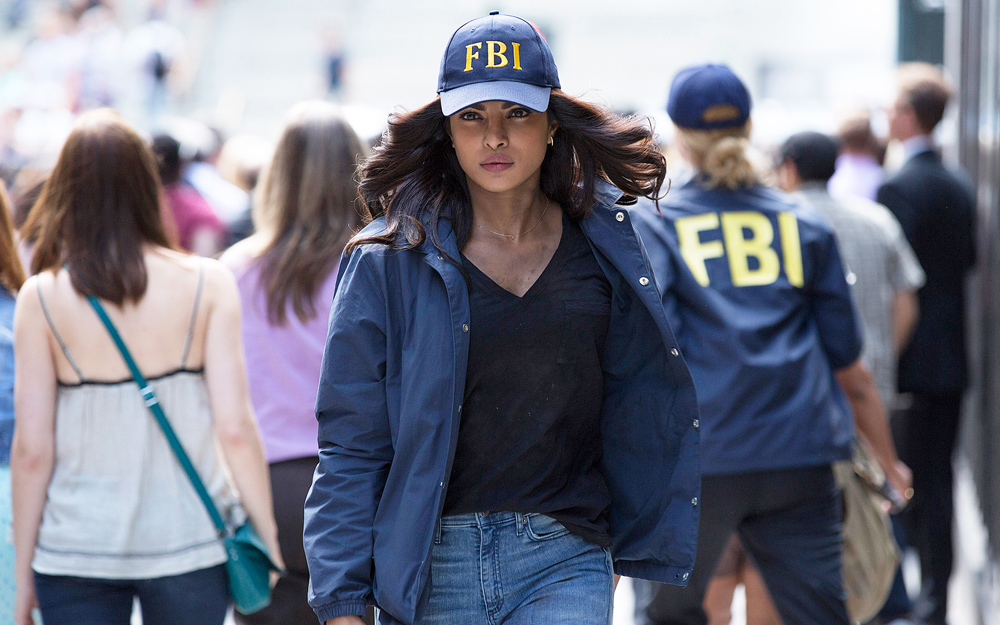 Los Angeles–Chopra will return as Alex Parrish with “Quantico” after mid-season break. And the actress has asked her fans to brace up for some “manipulation, deception, attraction, and action” in the new episodes of the international TV series.

Priyanka’s international TV series has got a go-ahead for a second season, and the actress is elated with the show getting positive response from across the globe.

While new episodes from the season one of the FBI-set drama have been aired in the West on March 6, it will invade the small screens in India on March 12. The show will be telecast on Star World, Star World HD and Star World Premiere.

“IÂ’m elated by the amazing response that ‘Quantico’ has received by audiences across the globe and especially in India,” Priyanka said in a statement.

Â“With all new episodes starting on March 12, we got some crazy new plot twists and new characters that will continue to keep you guessing! You will see manipulation, deception, attraction, action while trying to figure out the real traitor amongst us,” she said.

Priyanka plays Alex, an FBI recruit who becomes a suspect of terrorist bombing of New YorkÂ’s Grand Central Station. The showÂ’s storytelling prism shifts between the present day with Parrish navigating her way through a class of FBI new agent trainees to the near future as the truth and repercussions of the attack emerge.

The winter finale ended on a frantic tempo as AlexÂ’s guilty plea forced her to surrender to the FBI for at least 24 hours before being taken to federal prison.

Speaking on the showÂ’s return, an official Star India spokesperson said: ” The show has performed phenomenally well and is a testament to our commitment of bringing the best and latest international content to Indian viewers. We are certain the new episodes will garner just as much, if not more, excitement from audiences.Â”

Â“’Quantico’ is one of the most exciting shows in ABC StudioÂ’s portfolio and we are happy for the show to be back on StarÂ’s network. Priyanka has been fabulous in the show and hereÂ’s wishing her a remarkable second innings.Â” said Amrita Pandey, vice-president – studios, Disney India.

Priyanka’s decision to venture into international TV fiction space with the show last year turned out well for her. She received rave reviews for her performance from the US audiences and critics, and even won the Favourite Actress in a New TV series award at the People’s Choice Awards (PCA) 2016.