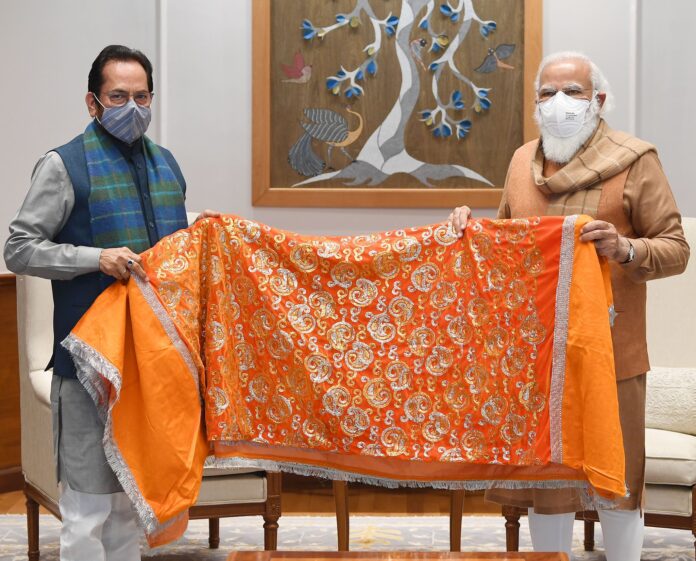 New Delhi–Prime Minister Narendra Modi has handed over a ceremonial chadar to Minority Affairs Minister Mukhtar Abbas Naqvi to be offered at the Ajmer Sharif Dargah on the 809th Urs of Khwaja Moinuddin Chisti.

“Handed over a Chadar that would be offered at the Ajmer Sharif Dargah on the 809th Urs of Khwaja Moinuddin Chisti”, the Prime Minister said and tweeted a photograph of the Chadar being handed over to Naqvi.

The chadar has been handed over to Naqvi, who will offer it at Ajmer on Tuesday.

The Shrine of Sufi saint Khwaja Moinuddin Chisti is sacred for both Hindus and Muslims and devotees across the country throng to Ajmer during the urs of the saint held every year.

The flag of the urs was hoisted last week traditionally by the Gori family after a procession from Khadim Mohalla to Buland Darwaza of the dargah.

This is the fourth year in a row that a delegation from Pakistan will not attend the Urs. IB sources said there was no demand from Pakistan for the visa.

The sixth day of the Urs, regarded the most auspicious, is called “Chhati Sharif”. (IANS)