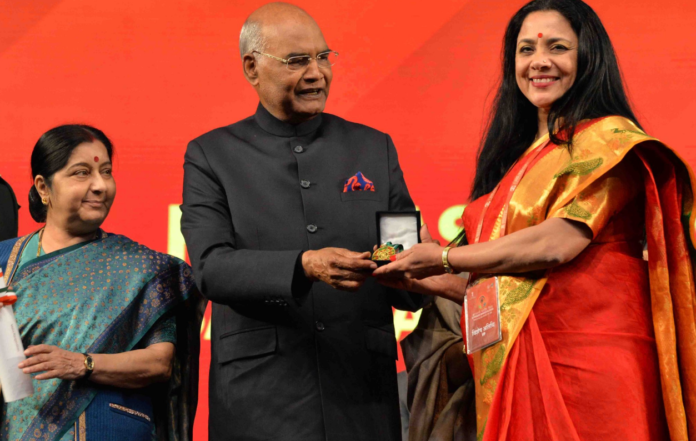 Varanasi–President Ram Nath Kovind conferred the Pravasi Bharatiya Samman awards on 28 eminent personalities and two organisations of the Indian diaspora for their contributions and achievements in various fields, here on Wednesday.

The awards were conferred at the valedictory session of this year’s Pravasi Bharatiya Divas (PBD) on the concluding day of the three-day diaspora conclave.

According to a list provided by the External Affairs Ministry, the awards were conferred in the fields of social, community and public service, business, business management, entrepreneurship, chartered accountancy, training and simulation, science, medical science, engineering, technology, architecture, academics, arts and diplomacy. 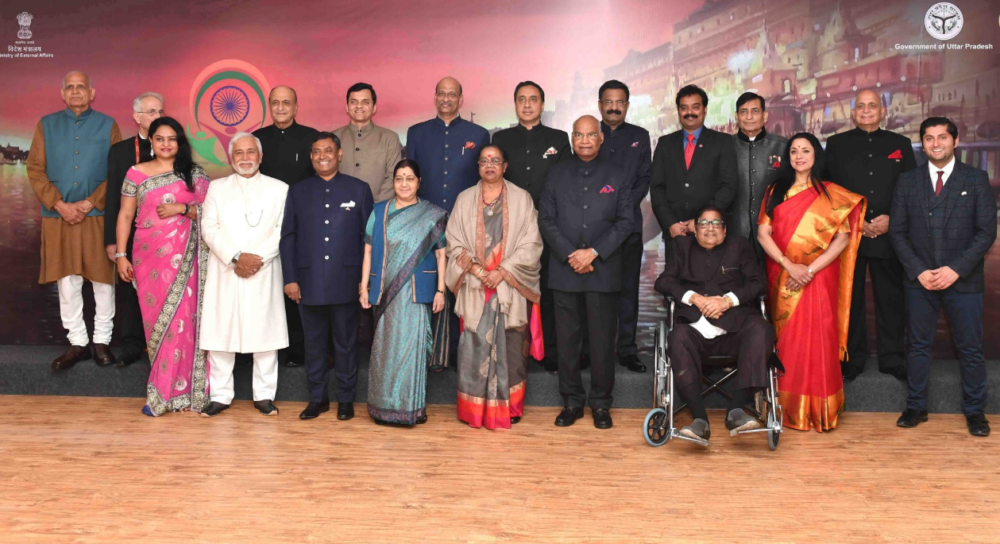 Nihal Singh Agar, known for his services to the Hindu community in Australia, was conferred the award under the category of social service.

Two organisations — Indian Community Association of Egypt and Guyana Hindu Dharmic Sabha — and Swami Saradaprabhananda of the Ramakrishna Centre of South Africa, got the award for community service.

Himanshu Gulati, a Member of Parliament in Norway, and Shamim Parkar Khan of the United Arab Emirates (UAE) were honoured for public service.

Under the business category, Ramesh Chotai of Canada, Amit Waikar of China, Bitthal Das Maheswari of Italy, Bhavdeep Singh Dhillon of New Zealand, Vinodan Verambally Thazhikuniyil of Oman and Girish Pand and Surender Singh Kandhari of the UAE were honoured.

While Banwarilal Satya Narayan Goenka was conferred the award in the field of business management, Rajesh Chaplot of Uganda got it for chartered accountancy, Jagdeshwar Rao Maddukuri of Poland for entrepreneurship, and Purnendu Chandra Tiwary of Qatar for training and simulation.

In the field of medical science, Guna Sekhar Muppuri of Jamaica, Prakash Madhavdas Heda of the US, and Zulekha Daud of the UAE were honoured.

Rajendra Kumar Joshi of Switzerland and Chandrashekhar Mishra of the US were honoured for their contributions in the field of science.

Rajinder Nath Khazanchi of Bhutan got the award for civil engineering, Gitesh Jayantilal Desai of the US for structural engineering, P.V. Sambasiva Rao of Kenya for technology and Rajpal Tyagi of Kuwait for architecture.

Malini Ranganathan of France and Gita Gopinath of the US were honoured for their contributions in the fields of academics and arts.

Veteran South African diplomat Anil Sookal was conferred the award in the field of diplomacy.

The 15th edition of the PBD was organised by the External Affairs Ministry in partnership with the Uttar Pradesh government.