New Delhi– Is yoga just about being twisted into different positions like a pretzel or sitting cross-legged on a mat with closed eyes? 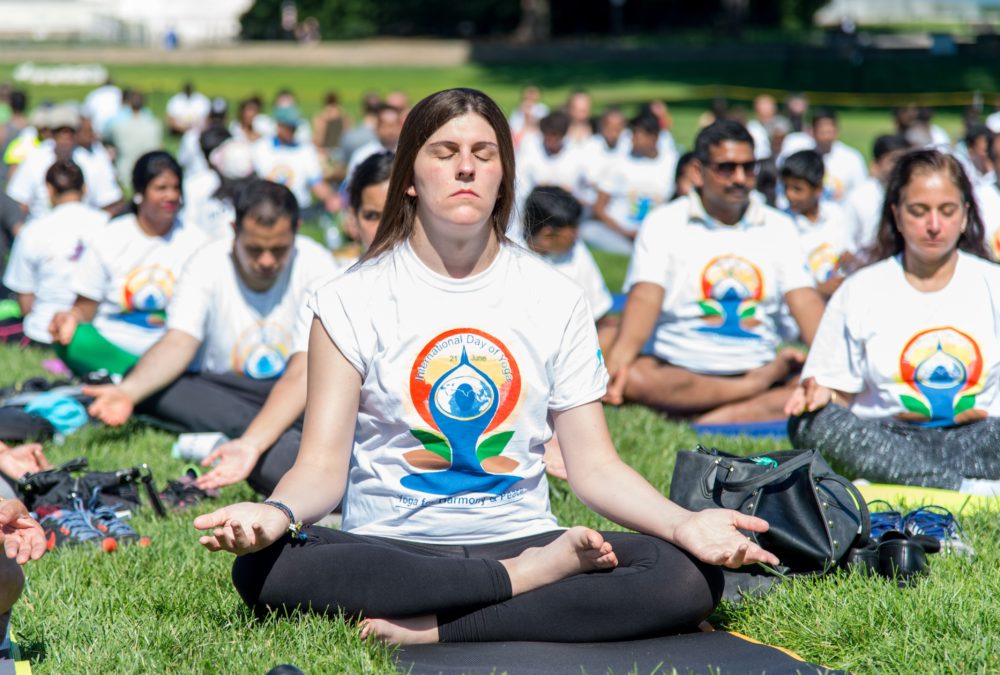 One might think of it as a class where you learn to twist your body but multiple gurus from Paramahansa Yogananda to Baba Ramdev, the yoga tycoon of the contemporary age, who have had a contribution in publicising Yoga in India and the world have popularised it as an ancient philosophy, much more than a mere physical activity and something which needs to be understood in order to fully benefit from it.

In December 2014, United Nations General Assembly (UNGA) adopted an India-led resolution recognising that “yoga provides a holistic approach to health and well-being” and declared June 21 as International Day of Yoga.

Since the time when Yoga gained prominence, the market has been inundated with books on
Hatha Yoga, Kundalini Yoga, Ashtanga Yoga and Bikram Yoga which are certainly among the most popular types.

A recently launched read written by Madan Kataria endorses something called Laughter Yoga, which is slowly making its way to the ashrams, gyms and fitness centres.

Kataria in his book, “Laughter Yoga”, published by Penguin, speaks of various ways of practicing Yoga with an abundance of laughter. The book costs Rs 250 and has 230
pages.

“…I credit laughter yoga with giving me the ability to walk through this dark valley to the light and happiness on the other side,” he writes.

He says that laughter triggers the release of a cocktail of chemicals and hormones that are extremely beneficial and crucial to good health.

Theories and researches confirm that humour plays for people in situations such as dealing with misfortune, making sense of rule violations, and bonding with others, we propose that underlying each of these theories are the physiological benefits of laughter.

“We draw on findings from empirical studies on laughter to demonstrate that these physiological benefits occur regardless of the theory that is used to explain the humour function.

Another new book in the market, “Yoga Shakti” by Shailaja Menon, is a like a catalogue of various yoga exercises presented on glossy pages alongside pictures demonstrating them. Published by Niyogi, the book costs Rs 495 and consists of 179 pages.

Menon, in the book, critiques the notion that yoga is a class where you learn to twist your body into different asanas.

Using personal experiences, she explains the origins of the philosophy and recommends daily exercises to help introduce beginners to it.

When we experience major trauma, the instinctive reaction is to shrink, Menon in her book writes, to the contrary the invitation of life and yoga is to keep expanding to keep evolving.(IANS)