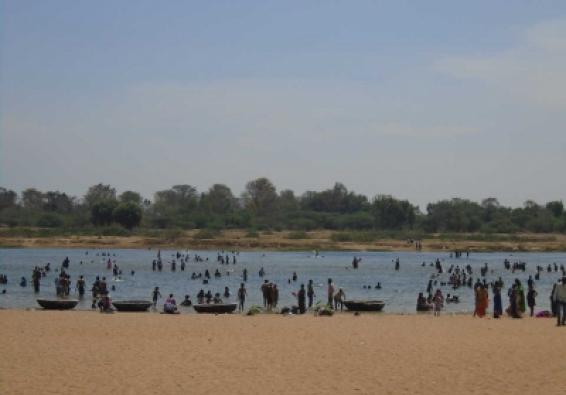 Mysuru– Craze for pre-wedding photo shoot turned tragic for both families when a coracle in which the couple was sitting capsized and the couple drowned in Cauvery river in Talakadu, Narsipura.

According to the police, the deceased couple has identified as Chandru, 28, and Shashikala, 20, both from Kyatamaranahalli in Tirumakudalu Narsipura, a quaint temple town on the outskirts of Mysuru.

The town derives its name from ‘Tirumakudalu’ or ‘Sangama’ which literally translates to confluence of three rivers – Cauvery, Kabini and Saptika (a mythical lake, which is known as Guptagamini).

The police said that the couple travelled along with family members and a photographer to Talakdu, which is the origin of river Cauvery and is just 16 km away from Tirumakudalu Narasipura for a pre-wedding photo shoot.

The couple was set to tie the knot on November 22.

The police further added that the couple desired to take a photo in a coracle in the famous ‘Titanic’ pose and in a sitting posture.

“While they were sitting, the water flow was relatively strong due to the recent rain, and as a result, the coracle rower failed to control and lost balance due to which the couple drowned,” a police officer said and stated that it all happened in front of the couple’s parents and relatives.

The police added that the coracle rower saved himself despite struggling to swim against the current.

The police took the help of fishermen and fire department personnel to fish out the bodies of the couple.

The Talakaadu police have registered a case and are investigating the matter. (IANS)