SUDBURY, MA—Pranav Gill, General Manager of BMW of Sudbury, knows what he is doing. First, he was awarded General Manager of the Year at the Masters of Excellence award ceremony for being the best of all 58 Herb Chambers dealerships in New England. Second, his dealership was recently honored with North America’s Best Dealership Award that was bestowed to only 32 BMW dealerships out of 340 in the United States.

BMW of North America is announced its annual Center of Excellence honors last month to 32 dealerships. The dealers are measured against their peers on 11 Key Performance Indicators which include, Customer Orientation, Aftersales and Sales data. The data is then calculated to award the top 9 percent of the 340 BMW dealers based on their 2015 performance. 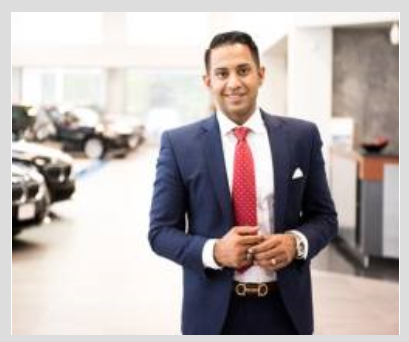 Herb Chambers BMW of Sudbury, which is managed by Gill, has earned this distinction for 2016 by demonstrating consistently superior performance, with a combination of sales leadership and customer satisfaction that placed them at the very top among BMW dealers.

“It is both a great achievement and honor to be chosen as a Center of Excellence and I heartily congratulate this year’s winners on their accomplishment,” said Ludwig Willisch, President and CEO, BMW of North America. “In our business, nothing is more important than customer loyalty and these centers have proven they know how to delight their customers and keep them coming back. I hope they will proudly display their COE recognition and then enjoy the rewards.”

Added Herb Chambers: “To have our Sudbury dealership recognized as one of the top-performing BMW dealerships in the country is a great honor. BMW’s Center of Excellence is a distinction our dedicated team strives to achieve every day and we’re very proud to be considered among their ‘best of the best’ dealerships nationwide.”

Herb Chambers BMW of Sudbury dealership carries the full line of BMW’s luxury performance vehicles, both new and pre-owned. The dealership also has a state-of-the-art service and parts facility.

BMW of North America, LLC has been present in the United States since 1975. Rolls-Royce Motor Cars NA, LLC began distributing vehicles in 2003. The BMW Group in the United States has grown to include marketing, sales, and financial service organizations for the 2 BMW brand of motor vehicles, including motorcycles, the MINI brand, and the Rolls-Royce brand of Motor Cars; DesignworksUSA, a strategic design consultancy in California; a technology office in Silicon Valley and various other operations throughout the country.