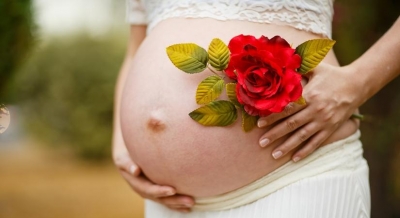 New Delhi– Most pregnancies last 40 weeks; a baby is known as a premature or pre-term when her or she is born before the completion of 37th week. Based on the gestational age, pre-term babies are sub-categorised as extremely preterm (less than 28 weeks), very preterm (28 to 32 weeks), moderate to late preterm (32 to 37 weeks).

“Advances in the field of medicine have meant that more than 9 out of 10 premature babies survive, and most go on to develop normally,” says Dr Archana Dhawan Bajaj, Gynaecologist and Obstetrician and IVF expert, Nurture IVF Centre.

There are several reasons for preterm births, while most happen spontaneously some are due to early induction of labour or caesarean birth, whether for medical or non-medical reasons, she says. “Some of the common causes include multiple pregnancies, infections and chronic conditions such as diabetes and high blood pressure; however, often no cause is identified.”

Dr Bajaj explains risk of premature or preterm birth has been associated with exposure to air pollution during pregnancy by increasing toxic chemicals in the blood and causing immune system stress, which can weaken the placenta surrounding the fetus and lead to preterm birth. This, in turn, raises risk of health complications for the baby, both in the short and long term.

“As per estimates, more than 3 percent of all premature births in the US are attributable to air pollution. Furthermore, findings suggest that considerable health and economic benefits can be gained through reductions in outdoor air pollution exposure during pregnancy.

“Several studies have found air pollution as one of the risk factors for preterm birth. Air pollution is associated with an unfavourable vaginal microbiota suggesting a relationship between environmental and biological risk factors that may further substantiate the risk of pre-mature birth in pregnant women. US Cincinnati Children’s Hospital Medical Centre and the University of Cincinnati carried out studies and identified a 19 percent increased risk, with the greatest risk when exposed to air pollution during the third trimester of pregnancy.”

Another study has found an association with exposure to high levels of small particulate matter with an increased risk of premature birth, she points out. One of the professors in the US said that ï¿½decreasing the amount of particulate matter in the air below the US Environmental Protection Agency’s standard threshold could decrease preterm birth in women exposed to high levels of small particulates by about 17 percent, which corresponds to a 2.22 percent decrease in the preterm birth rate in the population as a whole,’ Dr Bajaj says.

COVID ï¿½ 19 has been spreading far and wide across the globe with devastating effects across majority of population. While it’s the aging population which is at a major risk of developing complications from the disease, pregnant women also have a reason to worry as they may face an elevated risk for delivering their babies prematurely, according to new studies from the Centers for Disease Control and Prevention. Additionally, they may also be at greater risk of losing the pregnancy or having a stillbirth, says the doctor.

“Similar results have been found with another study conducted in Korea which further stresses the point that COVID-19 can be associated with premature birth and sometimes severe outcomes for mother and baby, including death.

Several other researchers in various parts of the globe have studied the effects of the novel coronavirus on pregnant women and its outcome on the new born. They share the same views of pregnant women experiencing a higher rate of preterm deliveries than expected and a British study noted a population-wide uptick in stillbirths during the pandemic.

Pregnancy is a time filled with joy and happiness for every woman and it is the responsibility of one and all to ensure a healthy outcome for pregnant women and their infants.

While there are several other reasons that can cause preterm births including air pollution and COVID 19 infection, proactive clinical management and dedicated support coupled with adequate safety measures must be adopted to help protect those who are pregnant and their newborns. (IANS)