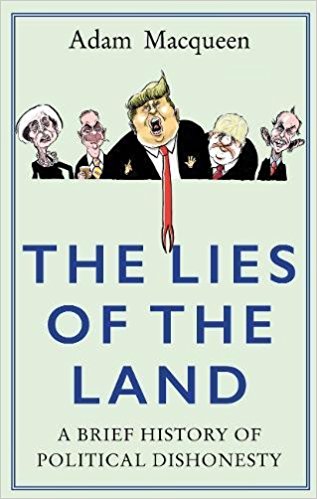 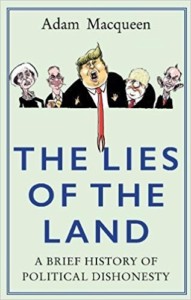 Oxymorons, or pairs of contradictory concepts — say, accurate estimate, virtual reality or even happily married — were a literary device for a satirical or poignant representation of human life’s paradoxes. Unfortunately, they seem to have become a regular feature of our present condition: be it affordable housing, business ethics, or political honesty. And the last happens to be particularly incongruous — and lethal.

For while most of these oxymoronic situations concern us on a personal basis, the consequences of less-than-truthful politicians, their manipulations, and their cover-ups can be much greater in scope, as this book on some celebrated cases of political dishonesty over the last six decades or so brings out.

For these leaders and their actions can — and did — wreck lives and economies, endanger security and peace, and create a grave trust-deficit between the rulers and the ruled, which can imperil democracy.

While most of us remember the “intelligence” that led to the second Iraq War, the Brexit campaign slogans, the promise of Rs 15 lakh in every Indian’s account, and so on till the phenomenon hit a entire new high with Donald Trump elected US President.

Those a little older will remember Bill Clinton’s travails and those older still will recall Watergate or the Profumo-Keeler scandal. And journalist-cum-author Adam Macqueen brings out many of them here in vivid colour and context, though his focus is limited to Britain and the US.

It is not that all politicians are liars, he says, holding that old joke, “How do you know when a politician is lying? Answer: Their lips are moving” is “90 per cent nonsense wrapped around a hard kernel of truth”.

While there are many politicians who live upright lives and use their power for benefit of people, Macqueen, a long-time correspondent of the fortnightly British satirical and current affairs news magazine Private Eye, holds there are many reasons why we believe otherwise and think the worst of the class.

In a sparkling and incisive introduction on the reasons for political dishonesty, he puts some blame on the “extraordinary polarisation of contemporary politics” where the “centre ground” for independent positions has been largely abandoned and a campaign of extreme vilification launched.

And then there is a great political benefit — “as sure as night follows day, the louder you shout about your opponent’s lies, the less obliged you feel to tell the truth yourself”.

Macqueen, who starts with the story of how the news of Winston Churchill’s first stroke was concealed — with the connivance of leading press barons — and governance carried out in his name, breaks his accounts into nine parts, which include those dealing with sexual peccadilloes, financial scandals, political gambles — including Watergate — political spin, and broken or misleading assurances.

Though in giving the background, course and consequences of these cases of dishonesty and making an incisive summation, he is also frequently wittily caustic.

Dealing with the Clinton-Lewinsky case and the titillating Starr Commission report, Macqueen concludes that sex in the Oval Office “sounds quite fun”, but “compared to other activities that have been conducted there over the years, it’s also pretty harmless”.

Though about scandals, the book is also informative, especially on the genesis of the 1956 Suez Crisis, British politician Enoch Powell’s anti-immigrant “River of Blood” speech in 1968, what the Watergate issue showed about Richard Nixon’s psyche and politics — and how it has a certain resonance with the Oval Office’s present incumbent — the West’s roller-coaster relationship with Libya’s Gaddafi and how Tony Blair did not actually lie about Iraq’s WMDs.

Brexit, as expected, gets an entire section to itself, but it also includes how anti-EU sentiment was stoked over the years, right from the case of the banana classification rules. Trump also figures in all his unbelievable behaviour.

But it is not only a book about politicians and how they got punished for their transgressions, and about the dawning of the “post-truth” era; Macqueen also provides some tips on how people can deal with the malaise.

Now, we need a companion volume on the cases elsewhere, particularly our own country. (IANS)