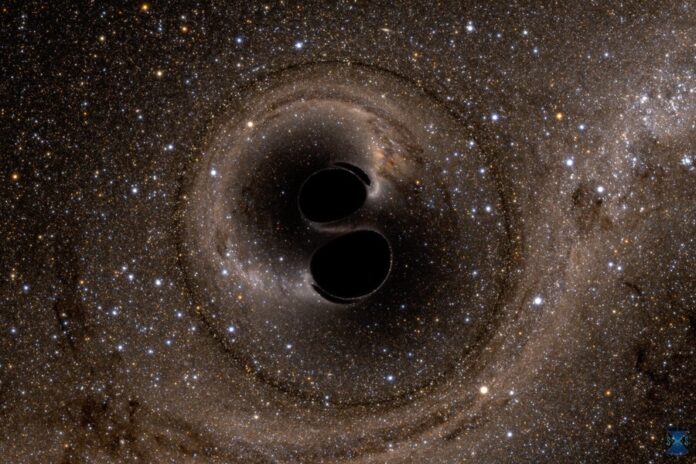 London– An international team of astrophysicists have found an oversized black hole population of more than 100 in the centre of a unique star cluster.

Called Palomar 5, the globular cluster was discovered in 1950. It is in the Serpens constellation at a distance of about 80,000 light years, and it is one of the roughly 150 globular clusters that orbit around the Milky Way.

It is older than 10 billion years, like most other globular clusters, meaning that it formed in the earliest phases of galaxy formation. It is about 10 times less massive and five times more extended than a typical globular cluster and in the final stages of dissolution.

“The number of black holes is roughly three times larger than expected from the number of stars in the cluster, and it means that more than 20 per cent of the total cluster mass is made up of black holes. They each have a mass of about 20 times the mass of the Sun, and they formed in supernova explosions at the end of the lives of massive stars, when the cluster was still very young,” said lead author Mark Gieles, from the Institute of Cosmos Sciences of the University of Barcelona (ICCUB).

The black holes dynamically puffed up the cluster in gravitational slingshot interactions with stars, which led to even more escaping stars. Just before it completely dissolves — roughly a billion years from now, the cluster will consist entirely of black holes.

“This work has helped us understand that even though the fluffy Palomar 5 cluster has the brightest and longest tails of any cluster in the Milky Way, it is not unique. Instead, we believe that many similarly puffed up, black hole-dominated clusters have already disintegrated in the Milky Way tides to form the recently discovered thin stellar streams,” said Dr Denis Erkal at the University of Surrey.

Tidal streams are streams of stars that were ejected from disrupting star clusters or dwarf galaxies. In the last few years, nearly thirty thin streams have been discovered in the Milky Way halo. (IANS)