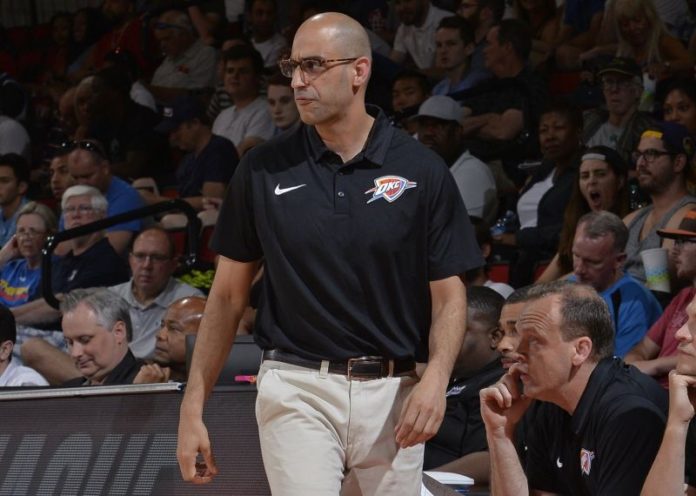 A qualified engineer from the University of Southern California, Bhavnani decided to chase his dream of becoming a coach in the NBA instead of a cushy corporate role.

“It was one dream, and I just acted on it. I really trusted myself,” said Bhavnani following an Instagram Live session with NBA for Indian fans where he spoke about his journey and shared valuable coaching tips.

In 2004, Bhavnani was presented with two opportunities on the same day; to become a sales executive or join the LA Clippers. “It was an internship for about three years, there was no label, it was basically database entry into potential scouting,” said Bhavnani of the obvious choice he made.

A year before he took up the opportunity with the Clippers, Bhavnani had started building his credentials with the role of an assistant coach of the women’s basketball team of Santa Monica Junior College.

After spending three years at Clippers, San Antonio Spurs offered him an opportunity. He wasn’t going to miss working with his favourite NBA team. In 2007, he joined Thunder as a video coordinator and moved up the ranks to now serve as the assistant coach for the fourth season.

While Bhavnani was born and brought up in the US, his parents are originally from Ahmedabad and moved to the US later. Basketball took Bhavnani to his roots. He was a part of the 2008 Basketball Without Borders Camp in Delhi and later in 2011 for Mahindra-NBA Challenge League and worked briefly with the Indian Men’s Basketball team.

“The natural skill level of some players was very good. I was very encouraged about what I saw there as far as the level of talent at that time,” recalled Bhavnani. “There were so many good coaches then and now with the NBA Academy in India, there is so much more access to the sport,” explained Bhavnani.

As things stand, the OKC team may have a season to finish and get players ready for a possible resumption.

It was the Chesapeake Energy Arena, the home of Oklahoma City Thunder, where the season came to an abrupt halt before the tip-off against Utah Jazz on March 11.

OKC re-opened training facilities on May 18. “The NBA has done such a great job in terms of detailing safety guidelines. So our main priority is to follow them and be safe,” said Bhavnani. (IANS)