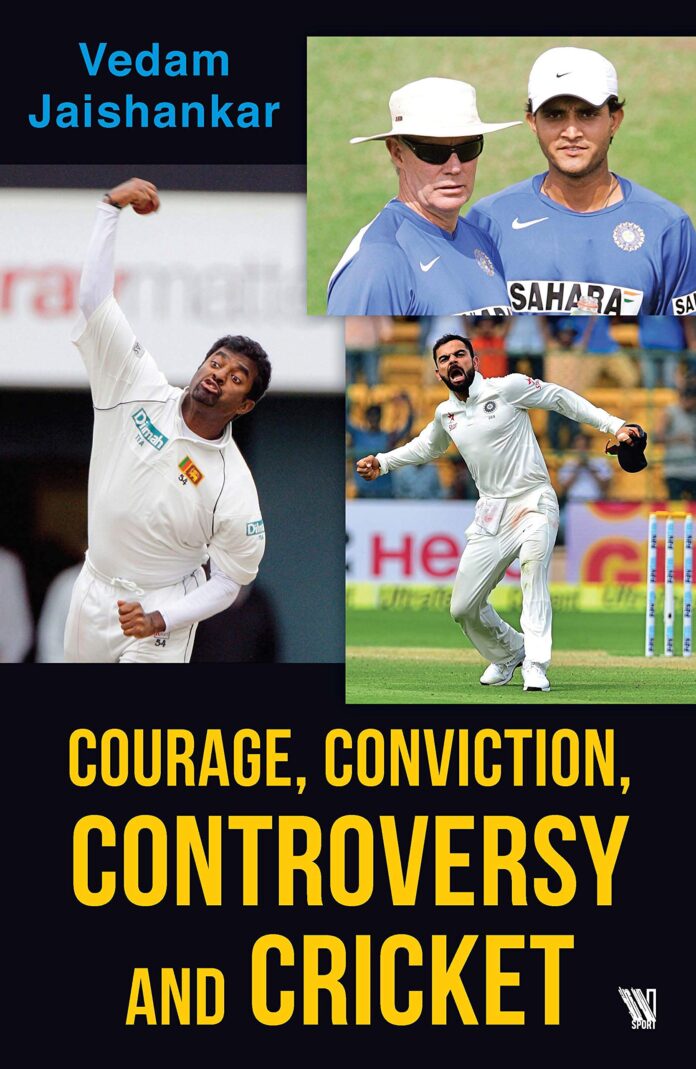 New Delhi– Was the 2018 ball tampering case involving David Warner, Cameron Bancroft and Steve Smith more diabolical than the use of Vaseline, hair oil saliva mixed with sweet sandpaper, trouser zips metal or Pakistanis using other methods to induce reverse swing? What makes these questions and many more even more horrendous is that we are talking about cricket, supposedly a ‘gentleman’s game’ that in reality has thrown up more sinners or saints or tales that warm the heart.

John Hansen, a judge of the New Zealand High Court, succinctly summed up the state of the game in the modern era when he remarked: ” That is his view, I hope it is not one shared by all the international cricketers. It would be a sad day for cricket if it is.”

What provoked this remark? It had begun innocuously enough with Indian tailender Harbhajan complimenting
Brett Lee for a “good ball” during the third Test of the 2007-08 Australia series that rival skipper Ricky Ponting
just had to win to equal Australia’s run of 16 victories. That led to a verbal spat with Andrew Symonds during which the word “monkey” was apparently used and a hearing necessitated.

Did Symonds have an objection to being Lee being complimented? “My objection was that a Test match is no place to be friendly with an opposition player is my objection,” Symonds retorted.

“Only one team was playing in the spirit of the game,” rued Indian team captain Anil Kumble at the end of the series, “a throwback on Aussie skipper Bill Woodfull’s comment during the infamous Bodyline series of 1932-33 and it strung the Aussies to the quick,” writes veteran sports journalist and author Vedam Jaishankar in “Courage, Conviction, Controversy And Cricket” (Westland).

Not surprisingly, controversy takes up the bulk of 263 pages of the 333-page book with courage (30) and conviction (22) pages, with the remaining pages – foreword, introduction and index – making up the rest.

“Having covered plenty of international and domestic cricket in many parts of the globe, and of course, the razzmatazz of IPL,” Jaishankar writes, “one common thread experienced in many discussions was controversies in the sport.”

“These controversies, over selection, ball tampering, match-fixing, umpiring, administration, incidents on an off the field, never seem to end. Each would overlap into the other to make it seem like one long saga of never ending issue with the game.”

Take the case of the reverse swing and the 1979 Melbourne Test against Pakistan when a strong Australian side, chasing 382 for victory, were 305 for 3 at one stage, were all out for 310, Sarfraz Nawaz bagging nine wickets in the match for nine wickets with his unplayable reverse swing.

“That was during an era when umpires did not inspect the ball frequently or take possession of it during the fall of a wicket or during drinks break. Years later, it transpired that the Pakistanis used screwdrivers, pocket-knives, bottle caps, cork-screws and an assortment of other instruments to tamper with the condition of the ball and make it conducive for reverse swing. On one occasion, Shahid Afridi was caught using his teeth to scruff the ball,” Jaishankar writes.

“Generally, it was accepted that only the new ball was conducive to swing bowling. A bowler had to be skilled to control the swing of the new ball and such bowlers could be a real threat when the ball was hard and shiny…reverse swing dictated that the wear and tear on one side of the ball was hastened as quickly and dramatically as possible. Enter knives, screwdrivers, cork-screws, bottle-caps, etc.

“The Pakistani fast bowlers became so adept at reverse swing that they were a bigger threat with the old, over-worked ball than with the new shiny one.

“Pakistani bowlers held their ball-tampering methods so close to their chest that other teams and international players became aware of the possibilities only years later….They also passed on their ball-tampering skills and secrets of reverse swing to the next generation of fast bowlers where the likes of Wasim Akram, Waqar Younis, Aaqib Javed and Shoaib Akhtar benefitted enormously,” Jaishankar writes.

Gradually, the rules of the game were changed and umpires took control of the ball at the fall of every wicket and during every halt in play.

Over the years, a number of international cricketers, including the trio referred to at the beginning, as also Mike Atherton (England), Faf du Plessis (South Africa), Vernon Philander (South Africa) and Dinesh Chandimal (Sri Lanka) have been accused of ball tampering, Jaishankar writes that “all countries have indulged in it at some time of the other, though the Pakistanis got away with it for years before others realised that they were being cheated”.

“Tellingly, Pakistan, as a cricket team has also not been as successful after their pacers’ game was up,” he adds.

Surprisingly, Jaishankar devotes just six pages to the persona of the master fixer of them all, Hansie Cronje, in a 25-page chapter titled “Gravest Threat To Cricket” that deals with spot- and match-fixing and the IPL. It details how the first two instances brought down the careers of two Indians, Mohammad Azharuddin and Ajay Jadeja and a number of Pakistani players.

It points fingers at a few Australians- none of whom were arrainged.

All this apart, there is much to keep Indian readers absorbed – the Saurav Ganguly-Greg Chappell spat that saw the Australian being shown the door as India’s coach, Bishen Singh Bedi’s run-ins with the BCCI, the ball tampering row involving Sachin Tendulkar, a run-out involving Sunil Gavaskar at Lords, Kapil Dev being hit on the ankle by Kepler Wesels, the Vaseline episode involving John Lever, the manner in which Inder Jit Singh Bindra and Jagmohan Dalmiya turned the world of international cricket upside down.

And for those who live by the rules, this would be of interest:

“The miserable weather in the first half of the English summer (during India’s 1974 tour) was compounded by the BCCI’s disgraceful acceptance of playing conditions, which restricted on-side fielders to just five. These neutralised whatever plus point the team might have had.

Now, who was it that said “that’s not cricket”? (IANS)