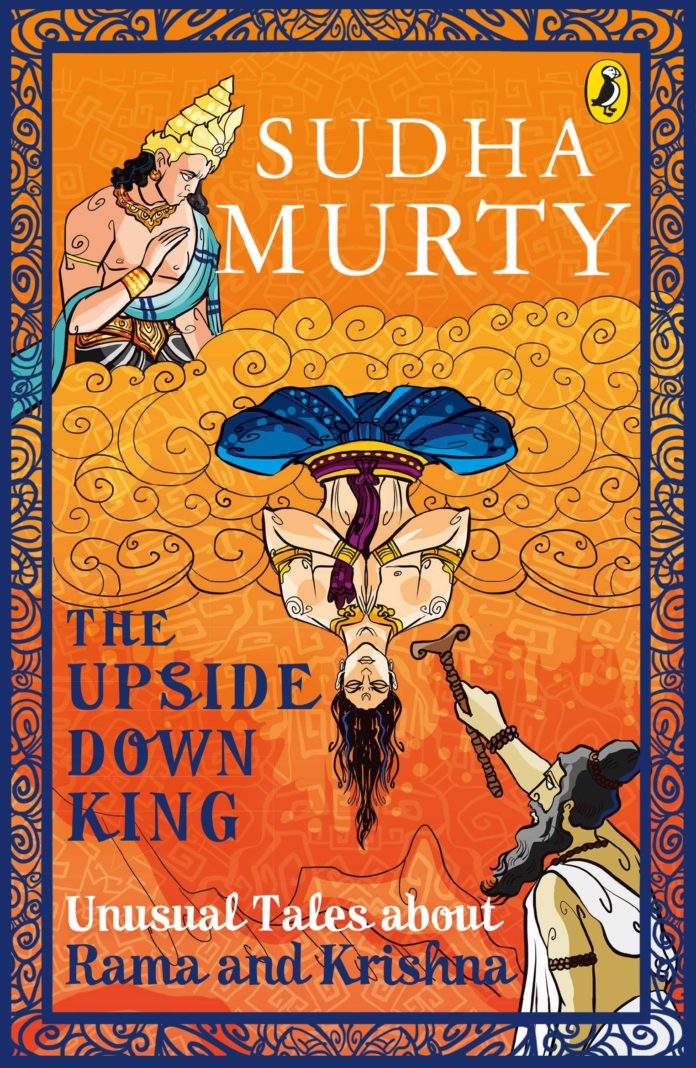 New Delhi, Nov 9 (IANS) This festive season, thumb through the tales of two of the most popular avatars of Lord Vishnu and their lineages; transport yourself to the fantasy land of Indra’s son Jayanta in the second part of the Vedic Trilogy; flick through information about Lord Krishna’s eight wives he married “solely on the basis of mutual love and respect”, and finally, combine more history, mythology and legend, in the tale of a 25-year-old who realises he’s Kalki — the last avatar of Vishnu, sent to restore the balance between good and evil.

The IANS bookshelf has these interesting reads to offer for this weekend.

The tales in “The Upside Down King” surround the two most popular avatars of Lord Vishnu — Rama and Krishna — and their lineages. Countless stories about the two abound, yet most are simply disappearing from the hearts and minds of the present generation.

Bestselling author Sudha Murty takes you on an arresting tour, all the while telling you of the days when demons and gods walked alongside humans, animals could talk and gods granted the most glorious boons to common people.

In Bharata, the land of seven rivers, Jayanta, the son of Indra, rules. Even as he prepares for an Asura invasion, a potent threat is rising in the vast forests of Dandaka. Vidyutkesa – the only survivor of a genocide perpetrated by Jayanta – has journeyed into its heart and made contact with the Order of the Sarpa — an ancient and powerful secret society headed by Queen Manasa. With the blessings of Raksha, the Earth Spirit, the Sarpas transform Vidyutkesa and his companions into supernatural beings called Rakshasas. Their mission? Protecting their land, forests, and way of life.

In this second instalment of his Vedic Trilogy, Rajiv G. Menon weaves a vibrant tapestry of the struggle between earth-worshipping feminine cultures that live in harmony with nature and the patriarchal forces that seek to tame her.

Krishna, the eternal lover, is believed to have charmed the heart of every woman he came across, and his marriage with 16,100 women is the stuff of numerous ballads. But who amongst them all did Krishna love? Who ruled his heart and influenced his life?

Not one, but there were eight women whom Krishna married solely on the basis of mutual love and respect. Each of these wives — the ‘Ashtabharyas’ — contributed to making Krishna what he was. While their names figure in the text of the great epic Mahabharata, not much has been discussed about them. Who are these women, and what was that special ‘something’ in each of them that won Krishna over? What were each of those relationships like?

Radha Viswanath delves into the great Hindu epics, the Puranas, and other ancient texts to give us a fascinating picture of Krishna’s life with these eight extraordinary women.

In the year 2025, twenty-year-old Anirudh starts dreaming of Krishna. But these visions that keep flashing through his mind are far from an ordinary fantasy — they are vivid episodes from the god’s life. Through these scenes, as Krishna’s mystifying schemes are revealed, Anirudh slowly comes to terms with his real identity.

He is the last avatar of Vishnu, sent to restore the balance between good and evil. But an ancient and powerful nemesis, burning with the fire of revenge, has already started assembling a clan of mighty sorcerers to finally be rid of the protector god and unleash depravity on earth.

Will Anirudh realise his potential before it’s too late? Or will the enemy destroy everything in their wake before the avatar finally manifests itself? The read is the first part in the Kalki Chronicles, which unveils the great legend of the Kali-yuga. (IANS)