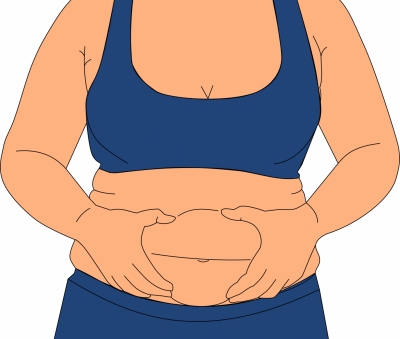 Jerusalem– People with increasing body mass index (BMI) may be at the risk of testing positive for SARS-CoV-2, the virus which causes Covid-19, finds a new study.

The researchers, from the Chaim Sheba Medical Centre in Israel, found that the odds of testing positive for SARS-CoV-2 were 22 per cent more higher in patients who were overweight or obese compared to those with a normal BMI.

Obesity-related factors, including changes to the innate and adaptive immune systems brought on by excess weight, are believed to be associated with an increased risk of contracting various viral diseases. This association between BMI and viral infection risk suggests that a similar relationship may also exist between an individual’s BMI and their risk of contracting SARS-CoV-2, said the team led by Hadar Milloh-Raz, from the varsity.

The found every 1 kg/m2 rise in a patient’s BMI was associated with an increase of around 2 per cent in the risk of testing positive for SARS-CoV-2.

Conversely, the odds of a positive test were lower among patients with a history of stroke (39 per cent), IHD (55 per cent), and CKD (45 per cent), respectively. However, the study did not explain the reason. The study also did not look at Covid mortality or outcomes, only the risk of testing positive.

The findings were presented at the 2021 European Congress on Obesity, held online between May 10 and 13. (IANS)