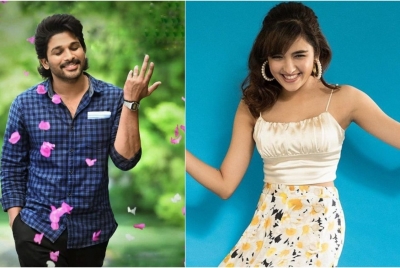 Hyderabad– Shirley Setia is a singer and actor from New Zealand who made her acting debut in the 2020 Hindi film ‘Maska’, which was released on Netflix, has stated that she has been a huge fan of ‘Pushpa’ star Allu Arjun.

Because of his last film, ‘Pushpa: The Rise’, directed by Sukumar, Allu Arjun has become a pan-India celebrity. Several Bollywood celebrities have lauded the film and Allu Arjun’s performance. Shirley Setia, a singer, and actress from Bollywood was recently added to this list.

Furthermore, the actress, during her Question & Answer session on her social media sites, tweeted, “What Charisma!”, referring to Allu Arjun.

“I am a huge fan of Allu Arjun, sir”, Shirley Setia wrote, and this has become quite a sensation, as it was unexpected for Shirley Setia to open up about her love for Telugu superstar Allu Arjun. The actress also mentioned that she has recently begun viewing more south films.