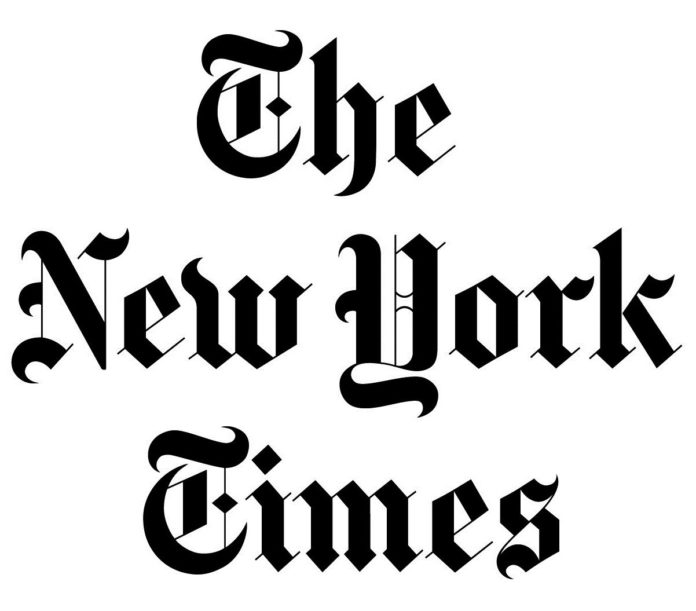 New Delhi–The foreign media has given prominent coverage to revoking of the special status for Jammu and Kashmir, with The New York Times terming the situation in Kashmir “A living hell”, while the Wall Street Journal says the move has left Pakistan with the dilemma “What to do about the Jihadists”.

The New York Times, in its report titled “Inside Kashmir, Cut Off From the World: ‘A Living Hell’ of Anger and Fear” writes: “A sense of coiled menace hung over the locked-down city and the wider region on Saturday, a day after a huge protest erupted into clashes between Kashmiris and Indian security forces.”

“Shops were shut. ATMs had run dry. Just about all lines to the outside world – the Internet, mobile phones, even landlines – remained severed, rendering millions incommunicado.”

It says the NYT correspondents “got one of the first inside views of life under lockdown in Kashmir and found a population that felt besieged, confused, frightened and furious by the seismic events of this week”, after India revoked special status for Jammu and Kashmir and bifurcated the state into two Union Territories for effective governance.

“India has put Kashmir, home to about eight million people, in a tightening vice, after India’s Hindu nationalist prime minister, Narendra Modi, swept away the autonomy that this mountainous, Muslim-majority region had enjoyed for decades.

“His decision was years in the making, the collision of India’s rising nationalist politics, frustration with Kashmir’s dogged separatists and a long-running rivalry with Pakistan,” it writes.

“… Many Kashmiris have never trusted Mr. Modi. His government is deeply rooted in a Hindu nationalist worldview that is extremely popular with India’s Hindu majority – Mr. Modi just won a thumping re-election in May – but has created great fear across India’s Muslim minority.

“Mr. Modi knew that stripping away what little autonomy Kashmir still enjoyed was not going to go down well with Kashmiris.”

The Wall Street Journal, in a report titled “Pakistan’s New Plight in Kashmir: What to Do About the Jihadists”, says: “Islamabad is under international pressure to crack down on the extremists or face financial sanctions. Worst, attacks by those militant outfits could ignite armed conflict between India and Pakistan.

“But the government is also under domestic pressure to counter India’s move in a region Pakistan views as an integral part of its identity, making such extremist groups a tempting tool. Now, after India’s shift, experts say Pakistan is unlikely to continue what they say is the government’s first serious effort to dismantle its jihadist infrastructure.”

“Some experts say that Pakistan wouldn’t risk unleashing the militants now, after India showed earlier this year that it would retaliate. Even within the Pakistani military establishment, there is some recognition that jihadists have harmed the Kashmiri cause by allowing India to divert attention from a largely indigenous struggle for human rights there to cross-border terrorism.

“But militant groups could act by themselves, and any attack that New Delhi links to a Pakistani extremist group is likely to provoke a reprisal.

“Pakistan faces other perils in shutting down the extremist groups. Frustrated anti-India extremists might gravitate toward transnational jihadist groups such as al Qaeda and Islamic State that are already embracing the Kashmir cause,” it writes.

“So far, al Qaeda and Islamic State are fringe elements in Kashmir. But some militants in Kashmir are being buried wrapped in the flag of Islamic State, the person said. A local franchise of al Qaeda called Ansar Ghazwat-ul-Hind is active in the Indian part of Kashmir, where in May this year Indian forces killed its leader, a militant known as Zakir Musa.

“Shehryar Fazli, an analyst based in Islamabad, said that Pakistan will likely hope that the cooperation it is providing the U.S. for the Afghanistan peace process will convince Washington to hold off on pushing the financial blacklisting,” it writes. (IANS)