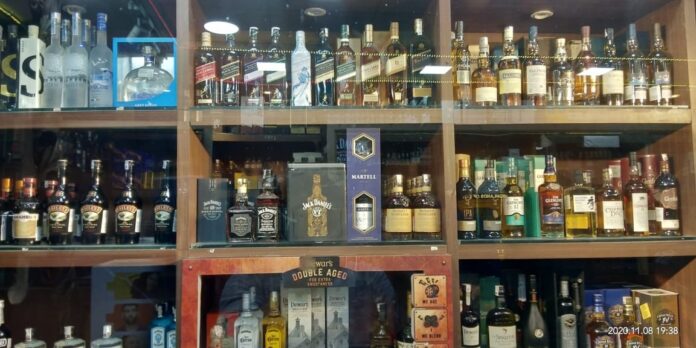 New Delhi–The total number of liquor vends in the national capital has dropped from earlier 620 to 506 after the implementation of the new excise policy, the Aam Aadmi Party (AAP) has claimed — citing an RTI reply.

The RTI query was raised in the month of December, 2021 and was shared by the AAP after the BJP staged a ‘Chakka jam’ (road blockade) protest against the new excise policy across the city on Monday, alleging that the new policy will encourage opening up of liquor shops in every nook and corner of the city — giving the national capital a “bad name”.

The BJP has also objected to the opening of new liquor shops in close vicinity to residential areas, religious sites and educational institutes and decided to seal liquor shops that violate municipal laws.

Delhi BJP president Adesh Gupta said, “Every single individual of Delhi, including women are concerned about liquor shops coming up close to their houses,” adding, “Kejriwal wants to make Punjab liquor-free, but is adamant to make Delhi a city of liquor. We will oppose this move.”

Meanwhile, the Kejriwal-led AAP has claimed that with the implementation of the new excise policy, not only the number of liquor vends have declined, but also the state government has recorded a jump in the government revenue by Rs 3,500 crore and broken the back of the liquor mafias operating in the capital.