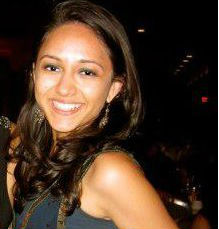 WALTHAM, MA– Prarthna Desai, who was ranked among 20 Outstanding Woman by INDIA New England News in 2016, made to Forbes’s 30 Under 30 List this year. Over dozen people of Indian-origin were listed in the Forbes prestigious 30 Under 30 List of 600 Change-Makers in various areas.

Desai, who works for Zipline, was listed in the health care category.

“Desai left her Harvard grad school program to use drones to get medication to people in the developing world,” Forbes said. “In her operations role at Zipline, she is leading efforts to integrate the medicine-delivery-by-drone service with the healthcare system in Rwanda.”

In 2016, Desai was named among 20 Outstanding Women in New England. When she was asked what she enjoyed most about her work, she told INDIA New England News: “I am driven by the belief that health care is a universal right that allows people to live happier, more productive lives. Based on this, I plan to devote my career to finding ways to increase access to health care in developing countries. I love working in this environment because the people are warm, every day is mission-driven, and the rules are still being written. The right combination of public and private sector collaboration can make an impactful difference in saving lives and I am excited to figure out how to make this happen.”

Over dozen people South Asian-origin have made to the Forbes 30 Under 30 list of 600 change-makers in various areas, including business, finance, society, art, science and technology, among others.

“The 2017 FORBES 30 Under 30 is the most definitive gathering of today’s leading young change-makers and innovators in the U.S,” said Forbes article announcing the exclusive list. “We bring you 30 game changers in 20 industries all under 30 years old — 600 in total — who are challenging the conventional wisdom and rewriting the rules for the next generation of entrepreneurs, entertainers, educators and more. They are passionate and formidable bunch, and for good reason. Their goal is nothing short of breaking the status quo and transforming the world.”