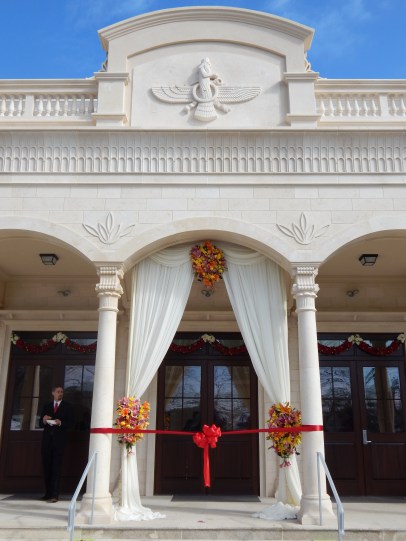 NEW YORK–Six hundred Zarathushtis (Zoroastrians), their friends and families from the tri-state area of New York, New Jersey and Connecticut came together late last month to celebrate a once in a lifetime event – the opening of a Zoroastrian religious and cultural community center in Pomona, NY.

The inaugural event held during the week of Nowruz, the start of the Persian new year also coincides with the birthday of Zarathustra, the Zoroastrian prophet. The goal of this new building is to house the active community of Zarathushtis which has grown tremendously over the past 40 years and is currently estimated to be about one thousand. 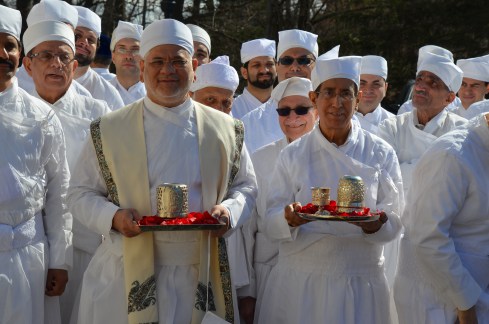 Thirty priests converged from all over North America to bless the building. The prayers were lead by the honorable Vada Dasturji Khurshed Dastoor the high priest and religious leader of the Zarathushti community who joined from Udvada, India. The event was interwoven with music, food prepared by community restaurateurs, performances by children as well as formal speeches by local dignitaries including officials from the Mayor of Pomona’s Office, respected academians and revered community members. The event was made accessible to viewers worldwide and broadcast by a live stream – it was viewed in close to 1,500 households in 32 countries and garnered an average viewing time of 2 hours (out of the 6 hour event.)

It has been a long road for this community who has fought against the odds for it’s spot in the New York area community. Thirty nine years ago, the first Zoroastrian Dar-e-Mehr in North America opened in New Rochelle on December 3, 1977 with little over 200 in attendance. A generous donor, Arbab Rustam Guiv contributed $180,000 to purchase the simple house that was converted to a community center and served the community for 23 years. 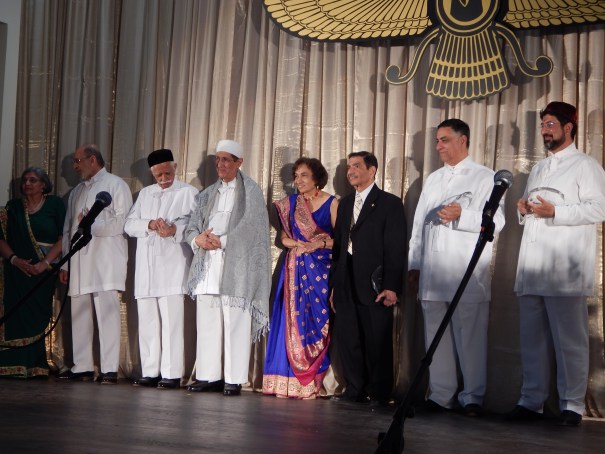 A second center in Pomona was purchased in 2001. Based on the rapid growth of the community and unrealistic maintenance of the existing center, a new Dar-e-Mehr building was conceived – one that reflected a Zarathushti ambiance and created a sense of belonging, so as to preserve the faith and culture, grow the community, and create a legacy for future generations to enjoy and cherish.

Inspired by ancient Persian and Zoroastrian architecture of the fire temples of India and Iran, the new building was designed by award-winning architect Dinyar Wadia of Wadia Associates. It features a stone façade with a colonnaded portico, and decorative capitols, evoking the architectural style of Persepolis (the ancient Zoroastrian city and heritage site) as a nod to the long road traveled. It is a 22,000 square foot structure which has four classrooms, three meeting rooms, a library, a traditional prayer hall, chef’s kitchen, recreation room and a main hall that can accommodate up to 400 guests. Special features include an Afarghanyu (fire vessel) based on the 250 year old prototype found at a historic temple in Mumbai, India, a custom crafted Winterstone® panel inspired by the ancient Tripylon Palace in Persepolis and a traditional Persian-inspired water fountain (that is yet to be built).

“Today we take a moment to appreciate what we have built as a community.” said Astad J. Clubwala, President of ZAGNY. “This will be the legacy of our generation and can be seen as a gift from the generation that was born in our homelands of India, Iran and Pakistan to the generation of Zoroastrians born in North America.”

“This is a monumental achievement for the Zarthushti communities of New York, New Jersey, and Connecticut to be able to see the day that they have been dreaming about, and contributing their time, their work, and their funds towards.” said Shirin Khosravi, President of IZA.