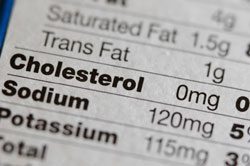 The average American consumes 3,400 milligrams of sodium, roughly 1.5 teaspoons of salt, per day. However most of our dietary sodium comes not from the salt shaker at the dinner table, but from processed and prepared foods such as breads, crackers, cheese, and even products that don’t taste “salty,” like breakfast cereals.

This week, the Food and Drug Administration (FDA) took a leap forward in targeting these sources of excessive salt, releasing draft, voluntary sodium-reduction goals for over 150 categories of processed, prepared, and packaged foods.

Excess dietary sodium contributes to high blood pressure, a leading cause of heart disease and stroke. When nearly 70 percent of US adults are at risk of developing health problems related to salt consumption, Dr. Frank Sacks, Professor of Cardiovascular Disease Prevention in the Departments of Nutrition and Genetics and Complex Diseases, says the guidance is an important development in US health policy:

Dr. Sacks was the Principal Investigator in the landmark Dietary Approaches to Stop Hypertension (DASH) Sodium-Trial, which rigorously examined the effect of sodium intake on blood pressure, concluding that the relation is strong and causal. The study contributed much of the scientific basis for the Dietary Guidelines for Americans, which recommends an upper-limit of daily sodium to 2,300 milligrams (one teaspoon of salt). Still, given the prevalence of health risks related to salt consumption, nutrition experts at the Harvard T.H. Chan School of Public Health, the American Heart Association, and the Center for Science in the Public Interest have called on the US government to lower the upper-limit to 1,500 milligrams per day (2/3 teaspoon of salt).

With recent research calling this guidance into question—some going so far as to conclude a low-sodium diet may even increase cardiovascular disease risk—Dr. Sacks applauds the FDA for releasing guidance that reflects rigorously conducted, science-based evidence:

The new FDA guidance is practical, implementing the strong scientific link between sodium intake and heart attacks and strokes. This is especially important in view of several recent observational studies that found higher rates of mortality at low dietary levels of sodium. The authors of the review showed that these observations are the outcome of several serious methodological problems, and not a cause and effect relation.

Although the proposed reduction targets are currently voluntary for industry, the FDA writes that the goals are “intended to complement existing efforts by food manufacturers, restaurants, and food service operations to achieve these goals,” and “allow both the FDA and the food industry to have a common system for defining and measuring progress in reducing sodium.”

Remember that lowering sodium doesn’t necessarily mean losing flavor. Our taste buds aren’t sensitive enough to notice minor reductions in salt, and for many types of foods, salt removal of up to 30 percent won’t taste noticeably different. This means the food industry and restaurant chefs can make significant reductions in sodium with minimal impact on flavor.

Of course, one of the best ways to reduce your sodium intake is to cook your own meals at home—focusing on fresh and unprocessed ingredients to control the amount of salt (if any) you decide to add to your meals.