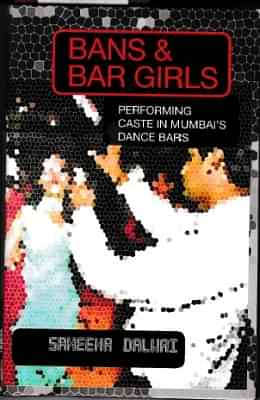 New Delhi– The ban on women dancing in bars in Mumbai is an example of the ‘caste governance’ of our times and the Maharashtra government may be considered as working toward maintaining the proper caste order in the upheaval caused by globalisation, a scholarly work on the subject says.

“The legal ban on bar dancing can be seen as the ‘caste governance’ of our times. In keeping with the argument that the caste system is not a voluntary social system but is implicitly and explicitly upheld by the state, often by force, the Maharashtra government may be considered as working towards maintaining the proper caste order in the face of upheaval caused by globalisation,” Sameena Dalwai, an Associate Professor and Associate Director, Centre for Women, Law and Social Change at Jindal Global Law School, writes in “Ban & Bar Girls – Performing Caste in Mumbai’s Dance Bars”.

The ban came into force on August 16, 2005 and the Bombay High Court declared it unconstitutional on April 12, 2006 but did not stay the ban. The Maharashtra government moved the Supreme Court, which overturned the ban on January 17, 2019. More than 75,000 women were affected and the bar industry has not been able to recover to its heyday.

The book contends that the social, political and economic upheaval of the 1980s and 1990s generated an atmosphere of insecurity; fears surrounding visible changes in habitat, lifestyle and normativity were expressed as an attack on culture and bar girls came to be identified as the “folk devil” in this moral panic.

But, while banning dancing in bars, the state government allowed prostitution to continue “effectively encouraging women to replace dancing with prostitution. In this scheme, the government reinforced the ability of upper class men to have sexual access to lower caste women, and for free. The real objection was not to men accessing the sexuality of these women but to their having to pay for it. The state’s action, thus, reinforced the traditional caste-based status quo between upper caste men and lower caste women,” says the book, published by Women Unlimited, an associate of Kali for Women, and released here on Wednesday.

The author also notes that by deploying their “caste capital, i.e. the hereditary skills of dance, drama and seduction, traditional dancing women were able to occupy and rule the dance bar market. To this extent, bar girls can be viewed as a ‘performing caste’, carrying out their obligatory caste occupation in a global capitalist market. However, while their relationship to the customer is defined through the market, and they acquire money and status through their occupation, bar girls challenge, transform and redefine the caste hierarchy by the use of caste capital”.

She also argues that the binary of good woman/bad woman is based not only on the actions of individual women, but is preordained by the caste and gender interface that has already characterised lower caste women as women with unfettered sexuality.

“A deeper consideration of caste and gender politics, however, allows us to go beyond the old rhetoric in the dance bar debate; the globalisation angle here is not about culture, but about occupation, the scope of which is predetermined for each caste group within the occupational ladder,” Dalwai writes.

Thus, it is not the threat of “subaltern female sexuality”, as one expert put it, that the Maharashtra government responded to but the “occupational and class mobility offered by dance bars that enable lower caste women to move beyond their preordained position, that poses the real threat”, the book states.

Through its six chapters, the book deals with issues like “Contextualising the Bar Girl”, “The Dance Bar in the City of Dreams”, “City of Opportunity: the Barline for Bar Girls”, “The Cultural Politics of the Ban”, “The Legal Response”, and “The Ban & Its Effects”. (IANS)