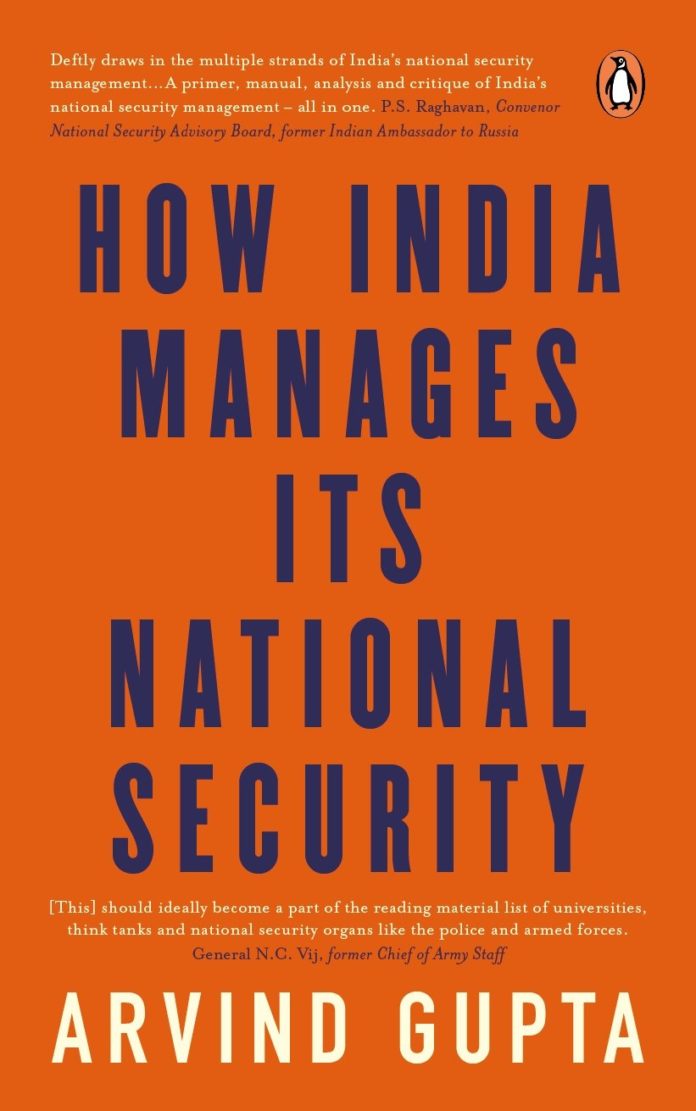 National security is not just about the military, it also concerns governance and the tendency to politicise the actions of the armed forces should be “eschewed at all costs”, says Arvind Gupta, a former Deputy National Security Advisor, in this scholarly new work that will appeal to both the security apparatus and the common man — no mean feat in itself. 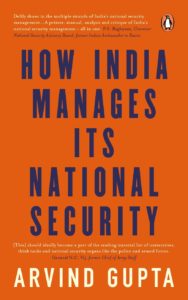 He says that the issues of economy, society and technology are integral parts of the national security system.

“National security is not just about the military. It also concerns governance. The armed forces cannot be responsible for domestic law and order and governance issues, although that is the case in a limited way in developmental projects and are asked to maintain law and order when it breaks down in any part of the country,” writes Gupta, who was also the former Director General of the Defence Ministry-funded think tank, the Institute of Defence Studies and Analyses (IDSA).

Noting that the military is a non-political, secular institution working under civilian control as laid out in the Constitution, he has criticised the tendency in recent years to politicise its actions, a glaring example being the actions of the political parties in the wake of the army’s 2016 surgical strikes against terrorist launch pads in Pakistan.

“Political parties freely used the army’s name in their election campaigns ahead of the assembly elections in Uttar Pradesh in 2017. This is a dangerous trend which needs to be curbed… Efforts to politicise the functioning of the army for narrow political ends should be eschewed at all costs,” writes Gupta, who currently heads the Vivekananda Institute that focuses on foreign policy, defence and security-related issues from an Indian perspective, in the Preface that encapsulates what is to follow in the book’s 12 chapters.

The modern-day concept of security being much broader, “it goes beyond the actions of the armed forces and involves all of government and even society”. The issues of economy, society and technology are integral parts of the national security system, he says, urging an institutional approach to ensure security.

“First, there have to be properly designed institutions of national security with well-defined roles and responsibilities. At the same time, they should be able to work with each other synergistically. They should be adequately resourced, both materially and financially,” he writes.

“For instance, weakness in terms of policing and in the criminal justice system creates a sense of insecurity among the people. Even disparate institutions should work in harmony. While they operate under the rules, procedures and guidelines prepared by the government, the institutions should also have the necessary flexibility and a degree of autonomy,” writes Gupta, also an honorary professor in the Department of Defence and National Security Studies at Chandigarh’s Panjab University.

Holding that incompetent leadership can mar even a healthy organisation, Gupta says the institutions must be led by men and women with proven integrity, professionalism and a nationalist vision.

“Finally, there must be a robust mechanism that brings national security institutions together so that they can work in sync with each other,” the author maintains.

Where then does India’s national security system stand in this narrative? It’s not exactly hunky-dory, to go by what Gupta writes.

For starters, “jointness among the armed forces, between the military and diplomacy, the military and civilian agencies and the military and intelligence agencies needs to be enhanced urgently. Dealing with the twin challenges of China and Pakistan will require a comprehensive approach. There is no alternate but to reduce the power asymmetry vis-a-vis China”, the author maintains.

There is urgent need, he says, for a deeper level of defence reforms and points to at least nine broad areas where these are needed: Civil-military relations, higher military organisation, net assessment, procurement, indigenisation of defence production, jointness among the armed forces, internal efficiencies, budgeting and defence planning, and defence diplomacy.

“The efforts so far have been half-hearted and had partial success. As the resource crunches the armed forces will have to find a way of doing more with less. This will be possible only if the efficiencies in the use of resources are enhanced and synergies among the three armed forces are developed,” Gupta says.

There is also the question of the “tough nuclear environment”, with Pakistan developing tactical nuclear weapons (TNWs) and threatening to use them against India.

The perception outside government circles “is that India’s nuclear doctrine, which promises massive retaliation, is not credible against TNWs. Should India think up a flexible response strategy or change its doctrine to first strike” is an “important question”, Gupta writes, adding that this does not seem possible so far.

Coupled with this, “hybrid warfare, which is a combination of conventional military conflict, sub-conventional conflict and warfare in cyber space and outer space” is more likely in the future, besides which military warfare is likely to be accompanied by economic warfare and information warfare, Gupta writes.

Despite the shortcomings in many of our institutions and deficiencies in the implementation of programmes, India has made steady progress. With the country now set to emerge as the third-largest economy in the world, there is need to develop new, uniquely Indian narratives and develop matching, capable institutions to ensure that it overcomes poverty and occupies a deserving place in the comity of nations, Gupta says. (IANS)